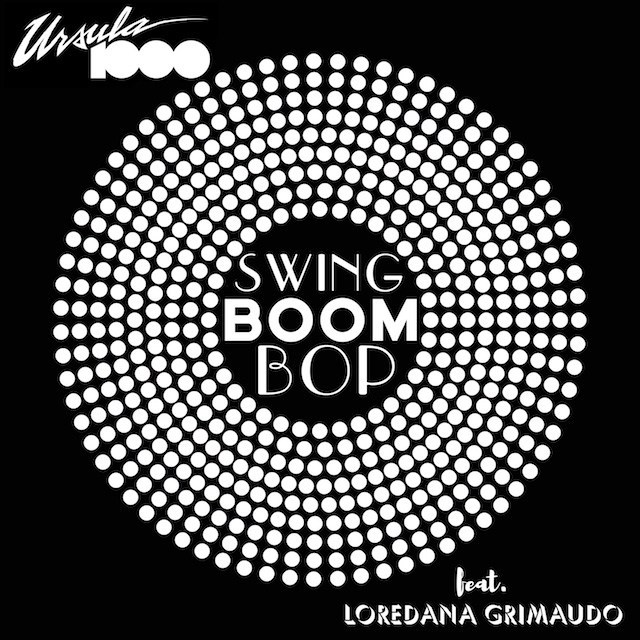 DJs and Music lovers alike have sung the praises of fellow New Yorker Alex Gimeno (a.k.a. Ursula 1000) for nearly his entire 20-year career. A gifted DJ/producer/remixer who is able to navigate through a spate of styles including lounge music, pop and breakbeat, Alex has done well to craft an evolving soundtrack that works on and beyond the dance floor.

Ahead of the release of Esoterique, a collection of tracks sporting collabs with tracks Fred Schneider of the B-52s, Isabelle Antena, Qypthone, Gentle People as well as remixes by Jazzanova and Fantastic Plastic Machine, we’re pleased to world premiere the first single called “Swing Boom Bop” featuring Loredana Grimaudo of Swingrowers. It’s a meldonium-mildronate electro-swing throwback track that reminds us that it don’t mean a thing if it ain’t got that swing. 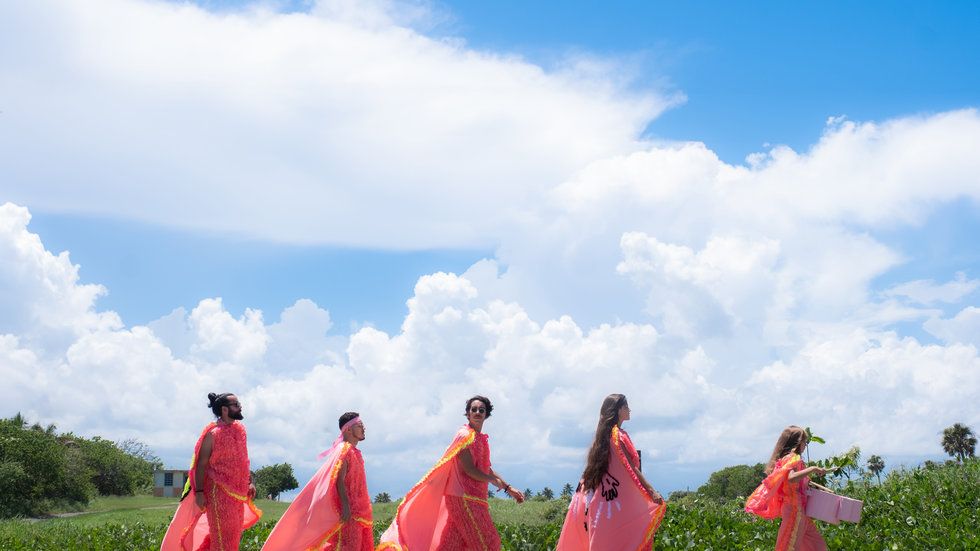 “Vámono” was the first song they wrote since moving back. Today, they’ve premiered its video, directed by Claudia Calderón and inspired by long-standing Puerto Rican traditions: the folkloric vejigante masks centric to the Carnaval de Ponce, where Del Valle is from, and the Festival de Las Mascaras in northern Hatillo where, along with nearby Arecibo, Berrios’ ancestors lived and died.

Over time, these festivals have adapted to modern culture: The Dec. 28 Masks of Hatillo Festival, dating back to 1823, is no longer a parade on horseback. Now, it’s all about wildly decorated, wheelie-popping floats soundtracked by reggaeton blasting through crowded, chaotic streets. And while many of the “gangs” showcased have updated to modern themes (e.g. SpongeBob, Smurfs), they’re still acting out the biblical tale on which the festival was founded — Innocents’ Day — by portraying the soldiers deployed by King Herod to slaughter Bethlehem’s children. – READ MORE (and peep the amazing photo gallery) VIA PAPER MAG

Moody and sumptuous singer/composer Nanna Øland Fabricius (OH LAND) announced her US Autumn tour with special guest Arthur Moon. With a new album that dropped in May, and a new music video directed by Helena Christensen, the sultry vocals of OH LAND will know no bounds in the rest of 2019.

She will transition from her European dates, hitting the Brooklyn NY @ The Bell on September 24th, then ending on October 24th at the Bootleg Theater in Los Angeles. 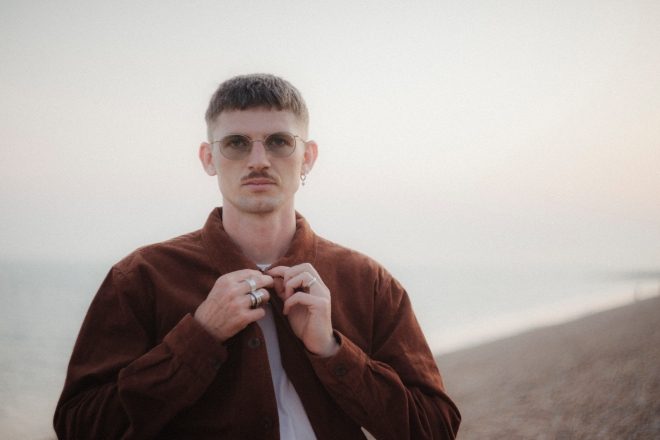 Romare will release a new 12″ single, titled ‘Gone’, via Ninja Tune on September 27. You can listen to the title track HERE!

The project was recorded during the artist’s two residencies at Phonox and the Jazz Cafe.

Discussing the title track, Romare remarks, “I kept the title because I think there is a sense of journey and “moving on” in the song.” The B-side, ‘Danger’, was “imagined as an alternative to ‘Gone'” – both tracks were recorded “whilst watching the seasons change from winter to summer in the new studio set up in the garden.” 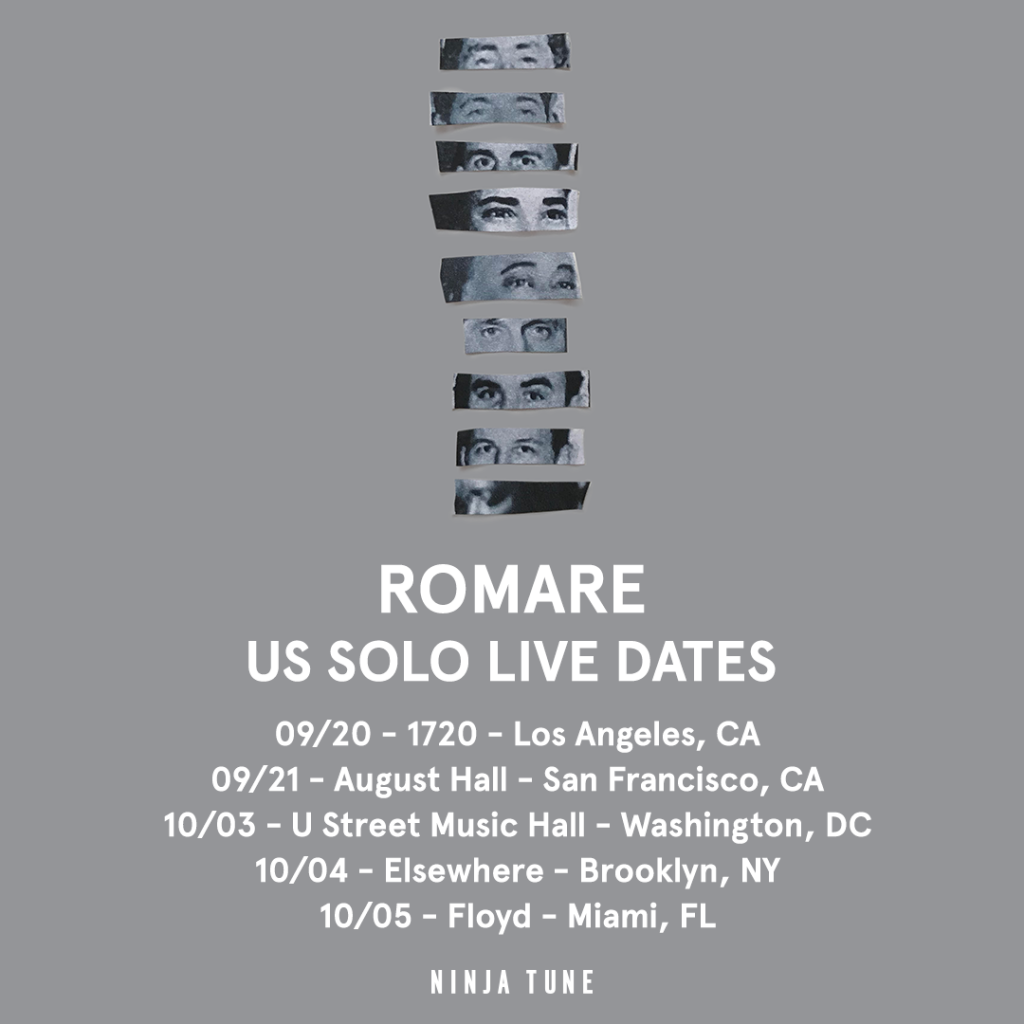 Ross From Friends, AKA Felix Clary Weatherall, has a new hobby: woodworking. Judging by the sound of his new EP, this new hobby (or something else) puts him in a good mood—these are some of the cheeriest tracks he’s released. It also probably helps that Epiphany was inspired by Weatherall’s sister, who he says is “one of the most important role models I have.” Epiphany also features three of the most detailed house tracks in Weatherall’s catalogue, full of pinprick sounds that fill the spaces between streaks of melody. Best of all is the title track, where shakers move around the stereo field and synth zaps above the percussion. “The Revolution” is more reduced, hinged around a vocal chant and deep bassline. Weatherall has aimed Epiphany at the dance floor, which, when these tunes are playing, is a nice place to be. – Via RA

His US Tour starts this weekend! Dates below!

Soulful vanguard Allen Stone’s forthcoming record Building Balance will be released November 8th (ATO Records), taking his soul-stirring R&B and funk to the next artistic level. This week he releases new single “Sunny Days”. The song is an R&B ode to euphoric love that features slick rap verses alongside Allen’s smooth delivery in his stunningly transformative upper range. Allen continues to draw inspiration from ’70s funk and soul with current flexes, sitting amid D’Angelo in its sultrier moments, and Stevie Wonder at its most melodic. Also partially inspired by becoming a husband and father, the album features the most personal, lushly produced and gorgeously performed songs of Allen’s career.

Building Balance was largely written in a cabin in the woods of Washington state and partially recorded at Sound Emporium Studios in Nashville with three producers: the acclaimed British artist/producer Jamie Lidell, Grammy-winning producer Nasri, and Jeremy Most (Emily King). The album is a textured amalgam of R&B and soul, a result of several personal co-writing sessions, collaborations with Emily King, Mike Posner & Theo Katzman / Joey Dosik of Vulfpeck, and lyrics by Allen.

Having just wrapped a summer tour with Train, Allen Stone will hit the road on October 23rd for a live 15-date karaoke tour of intimate rooms. He will perform songs from his catalog and classic karaoke staples with his fans, upfront and literally face-to-face. Watch this hilarious and heartwarming trailer for the tour HERE.