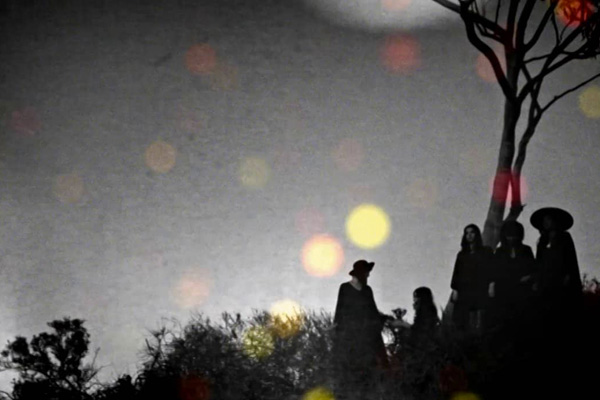 “David Holmes has formed a new band called Unloved with fellow soundtrack composer Keefus Ciancia and singer Jade Vincent (pictured) – and Q has the premiere of their new video. The trio will release their debut album, Guilty Of Love, on 4 March but you can watch the film for for new single When A Woman Is Around below now. “I’ve been a great admirer of Julian House‘s artwork for a long time; from his work with Broadcast, Can, Primal Scream and his collaborations with Peter Strickland on Berberian Sound Studio and Duke of Burgundy,” Holmes tells Q of the video’s director, who’s design work includes Primal Scream’s sleeve for XTMNTR. “This track was co-written by Tanya Mellotte and features Woody Jackson from Grand Theft Auto and the MC5’s Wayne Kramer on guitar,” adds Holmes. “It’s definitely one of my favourite tracks on the album. Keefus and Jade excelled themselves on this.”” — via Q

Watch “When A Woman Is Around” below!