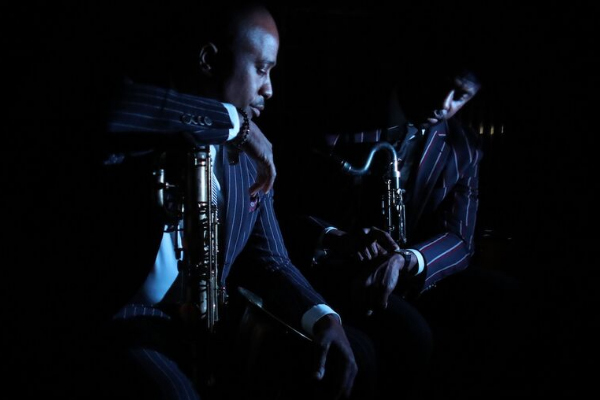 “It might come as a surprise for a 1990s-era hip-hop artist and composer to deliver a sultry set of jazz fusion — one that seems better suited for midnight hours in a smoky club than late afternoon in a newsroom office — but keep in mind, the Tiny Desk itself was a surprise at its inception.

After years of produced releases and jam sessions, A Tribe Called Quest’s Ali Shaheed Muhammad and composer Adrian Younge formed The Midnight Hour in 2018 and released a 20-track album of the same name that bathes fans in an elixir of hip-hop, R&B and jazz.

For the new band’s Tiny Desk, the talented pair of impresarios — Younge stationed behind the keys with an undone satin bow tie and vaguely opaque glasses, Muhammad with a blue pinstriped suit and deep violet Fender guitar — turned their concert into a family affair, leading a six-piece band with interchanging vocalists through a stirring four-song set.”