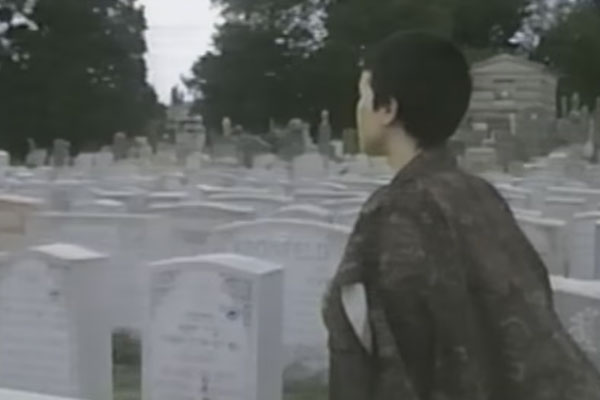 “Pill dropped their excellent album Convenience a couple months ago. It’s an artfully angry and astute collection of avant garde punk, frontwoman Veronica Torres tackling any social issue you can imagine as the soundscapes morph with her every move. Today, they give one of the more subdued, jazz-tinged tracks, “Dead Boys,” the visual treatment. The self-directed and shot clip fittingly has lots of washed-out ’90s technicolor imagery of the band wandering a cemetery in Queens and laying flowers on Houdini’s tomb on a literal level, but paired with Torres’ mission to assert that she’s a “girl’s girl” in a world of men “constructing history and constructing empires” it makes for subtle put sharp commentary.” — via Stereogum