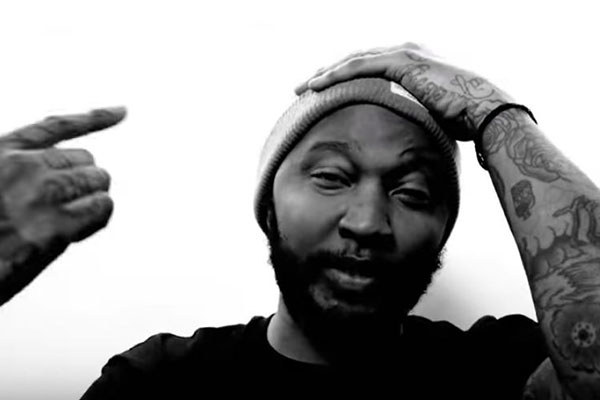 “P.O.S just released his newest album Chill, dummy which was his first since his 2012’s We Don’t Even Live Here. After this new release, P.O.S shares with us a new video for “Bully” featuring two other Minneapolis performers known as Rapper Hooks and Moncelas Boston. The track already has that aggressive tone to match the title “Bully.” The black and white video couldn’t be more fitting to their message giving the dramatic and assertive attitude. They don’t shy away from the call of the song with the words “The world is yours/F*** it until it’s mine/Get out of mine/Get out of mine…Bully.” The track gives the clear message for those bully types to stay away as they plan to take over by slowly making their presence known to towns all around the U.S.”