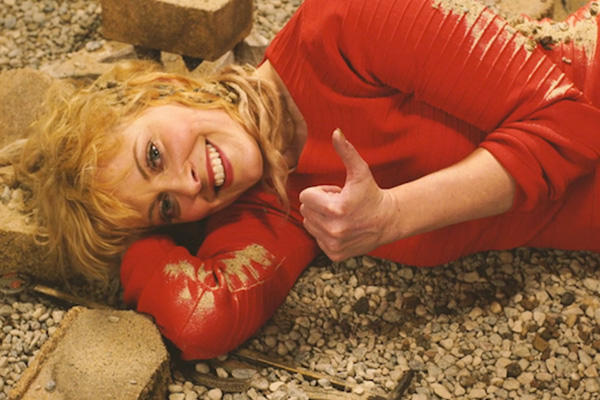 “Little Scream (aka Laurel Sprengelmeyer) has detailed Cult Following, her new album and first for Merge Records. It features Sufjan Stevens, Sharon Van Etten, the National‘s Aaron and Bryce Dessner, Owen Pallett, TV on the Radio‘s Kyp Malone, and Mary Margaret O’Hara. Arcade Fire’s Richard Reed Parry is credited as her creative partner, having assisted with the music. The album is out May 6 via Merge in the US and Dine Alone in Canada. She’s also released the video for “Love as a Weapon,” which you can watch below. Directed by Dan Huiting, it features voguing, sign language, choreographed dancing, and Little Scream in rapidly changing outfits.” — via Pitchfork