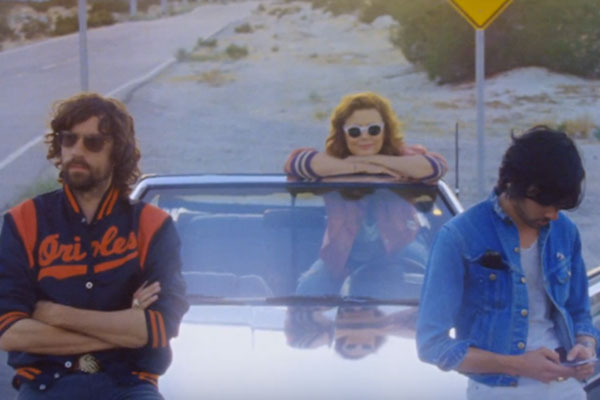 “Justice have shared the new music video for their song “Fire.” It’s taken from their recently-released third album Woman, and stars Susan Sarandon. Watch it below. Directed by Pascal Teixeira, the new visual depicts Sarandon and the French duo joyriding a convertible down a desert road. According to a statement from Teixeira, the idea behind the video came after a “hot summer afternoon” of “collectively daydreaming about washing a car.” Sarandon was chosen to star due to her “iconic mix of cool, allure and strength.”” — via Pitchfork