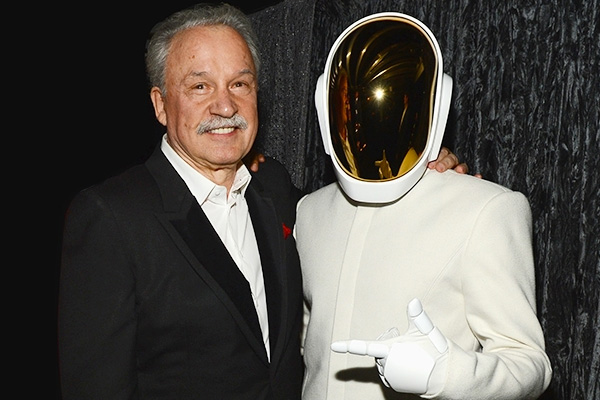 “Giorgio Moroder’s living room proudly displays souvenirs from a career as a disco pioneer and pop hitmaker — a career that Mr. Moroder, who recently turned 75, is about to resume… In his high-rise apartment in the Westwood neighborhood here, a white Yamaha baby grand (with digital recording built in) and a life-sized golden statue of Buddha flank glass doors to a terrace with a panoramic view. A few steps away is a subtly high-tech studio with a custom-built high-speed computer and digital keyboard where Mr. Moroder works on new songs. White-haired and mustachioed, wearing a loose white shirt with gray pants, Mr. Moroder greeted a visitor with a fist bump — not as a hip-hop pose, he explained, but to protect a broken finger. Jovial and avuncular as he discussed his songs, old and new, Mr. Moroder often described himself as lucky before mentioning the work he had put in.” — via The New York Times

Read the entire interview HERE, or check out one of the tracks from his new album, ‘Déjà Vu,’ below.