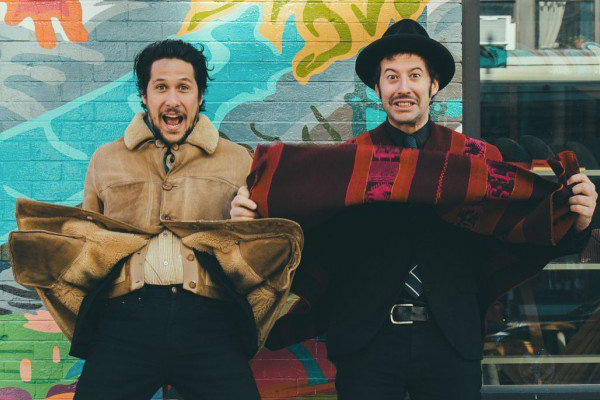 “Damn Adanowsky! Back at it again with the sexy, acoustic jams! But he’s not alone this time. In one of the best surprises of the year, the French-Chilean-Mexican artist and his fellow Frenchman and longtime friend Xavi Polycarpe of the band Gush teamed up to write and record a new LP. “You know, at the beginning we were not supposed to do an album,” explains Adan of the 10-track album Adan & Xavi y Los Imanes. “We were in Spain, playing music, and we said ‘ah, we should do an album,’ like we should record together. Just songs like this in a house.” The album gives the pair equal time on vocal duties at five songs each. Xavi plays some classic rock and pop à la Harry Nilsson and Badfinger as is his proclivity with Gush. Adan does his usual sexy crooning in Spanish while Xavi sings mostly in English with a little French thrown in for good measure.” — via Remezcla

Click HERE to read the whole feature, or check out one of the tracks from Adan & Xavi y Los Imanes below!