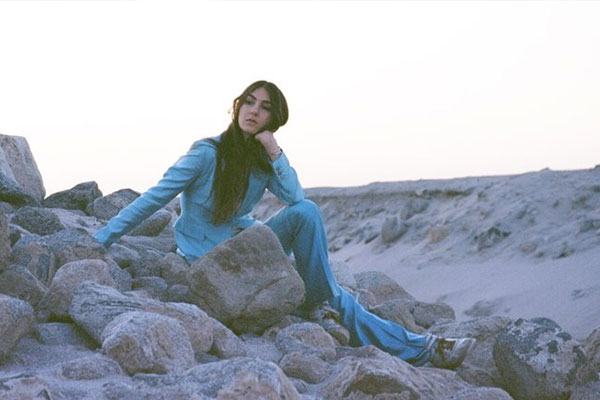 “Five years ago, Drake captured the millennial mood with a track abounding in bulletproof swagger and boasts of unconstrained indulgence. “You only live once,” he luxuriated. “That’s the motto.” That was then; this is now. As Ann Powers has written, youthful pop has veered toward more disquieted territory in recent years. To hear the once-ubiquitous motto “YOLO” chanted as if by an Auto-Tuned monastic choir in “Generation Why” — a new song by Weyes Blood, the performing moniker of twentysomething singer, songwriter and producer Natalie Mering — is a jarring experience, and deliberately so. Elongating her phrasing, she contemplates the four-letter acronym like it’s an alien artifact unearthed from another time. Then she intones over arpeggiated fingerpicking, “It’s not the past that scares me / Now what a great future this is gonna be.” That song appears midway through Weyes Blood’s Front Row Seat To Earth and reflects the album’s carefully calibrated mood of dystopian serenity.” — via NPR

Listen to ‘Front Row Seat To Earth’ below!