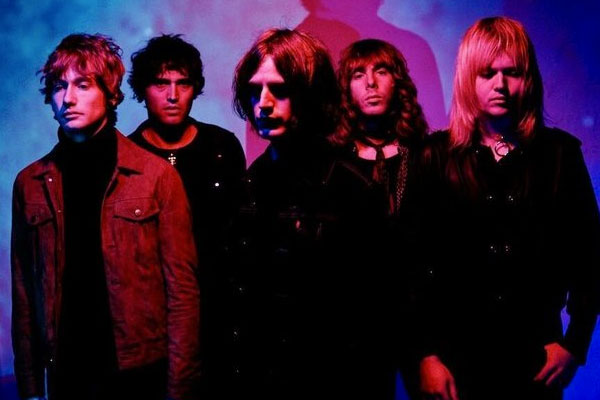 “Altered consciousness, dreamy detachment and a healthy streak of escapism have long been hallmarks of psychedelic music. TOY is well aware of this — but at the same time, the British band is savvy enough to know just how far a pop song can be pushed, pulled and stretched… After a three-year break from studio albums, TOY is releasing its third full-length, Clear Shot, and it’s even further proof of just how vivid and inviting psychedelia can be in the 21st century. Dougall — along with guitarist Dominic O’Dair, keyboardist-guitarist Max Oscarnold, bassist Maxim Barron and drummer Charlie Salvidge — infuses songs like “Another Dimension” and “Clouds That Cover The Sun” with the wide-eyed enchantment of a kids’ magic show. “Time runs free / Stretches and it squeezes / Everything and anyone it sees,” Dougall coos at the start of “Another Dimension,” marveling at the elasticity of space-time before the song erupts into a serotonin-triggering chorus. Despite its title, “Clouds That Cover The Sun” is just as euphoric, even as its melancholy undertow pulses along at the speed of Oscarnold’s gently burbling keys.” — via NPR

Listen to ‘Clear Shot’ courtesy of NPR below!