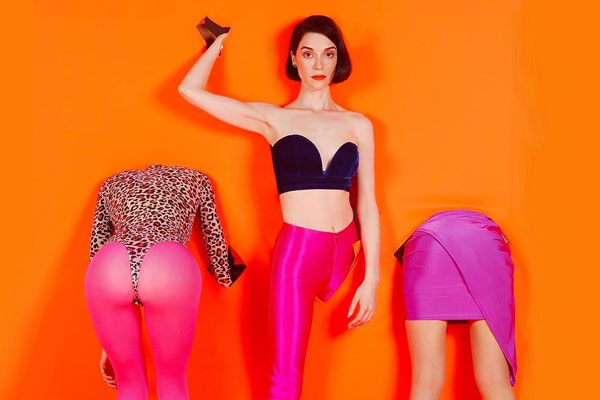 “Unlike her recent St. Vincent single “New York,” a tender ballad flushed with admiration for a city that refuses to meet you halfway, Clark’s L.A. is a cruel, cutthroat place where “mothers milk their young.” Just like that last track from forthcoming album MASSEDUCTION, though, “Los Ageless” is less about the city itself than the partner who’s not by her side to experience it. “How could anybody have you and lose you and not lose their minds, too?” Clark sings, with a dismay in her voice that conveys this isn’t a thought exercise—she really needs to know how to cope.

Recorded as if mid-temper tantrum, “Los Ageless” mocks the city with a spiteful runway thump, which she overlays with hardened synths (with more than a few shades of Depeche Mode) and just enough of her gnarly guitar to assure you she hasn’t forgotten about her signature instrument.”