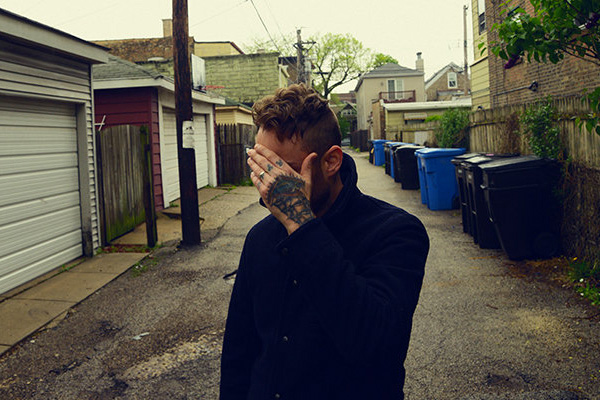 “During two nine-day trips to Eau Claire, Wisconsin, Chicago singer-songwriter Mike Kinsella left behind his hometown recording days and mostly-solo writing practices to track Owen’s eighth full-length record, The King of Whys. The 39-year-old Kinsella is best known for his collaborative efforts: legendary accidental vanguard of emo and math rock American Football, as well as Cap’n Jazz, Owls, and Their / They’re / There. But since American Football’s 2000 disintegration, Kinsella’s primary focus has been his solo project, Owen, whose last two albums, 2011’s Ghost Town and 2013’s L’Ami due Peuple, were polished with the help of friend and producer Neil Strauch. Since then, Owen has released a cover album, Other People’s Songs, and appeared on an EP with T/T/T bandmate Evan Weiss’ Into It. Over It., as well as on the fifth split of Kevin Devine’s Devinyl Splits series. For The King of Whys, Kinsella hooked up with producer (and Bon Iver drummer) S. Carey — who opened for the first sold-out American Football reunion show in 2014 — along with a fresh-faced ensemble at Justin Vernon’s April Base Studios. Carey and engineer Zach Hanson brought on Michael Noyce (viola), Ben Lester (pedal steel guitar, keyboard), Andy Hofer (horns), and Jeremy Botcher (bass). The result is an Americana-informed, lushly textured ten-track record, with few algebraic moments. Though the process was seemingly rushed, spanning only 18 days total, the record feels anything but: A slowed-down, soothing take on Owen’s acoustic sound guides meditative narratives on fatherhood, marriage, and melancholy.” — via Spin

Listen to the last track off of ‘The King of Whys’ below, or click HERE to for a full album stream and interview!