The new single arrives as Denzel gears up to join Billie Eilish on tour across North America. Denzel will then join the $uicideBoy$ on tour, followed by August festival appearances at Lollapalooza, Osheaga and Outside Lands. 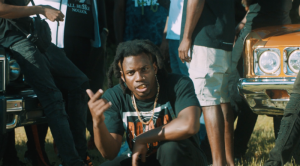