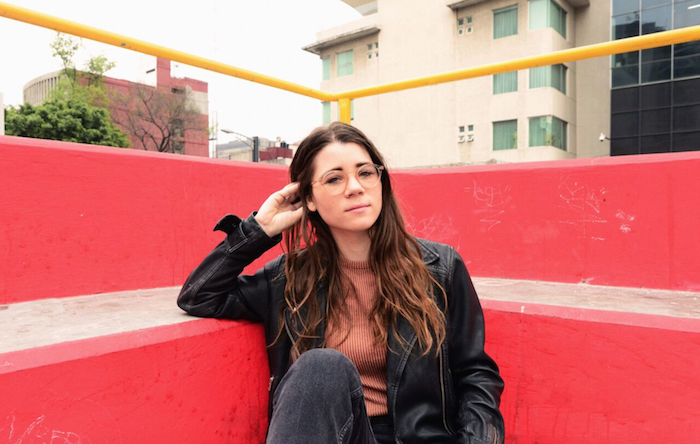 Aly Spaltro is set to release her new record as Lady Lamb, Even in the Tremor, on April 5th. The follow-up to 2015’s After and 2016’s Tender Warriors Club EP finds the Brooklyn-based songwriter teaming with producer Erin Tonkon for her most personal collection of songs yet. She demonstrated her new lyrical focus on her own existence on the effort’s title track and now she’s shared the latest single, “Deep Love”.

“Deep Love” opens with a folk ramble akin to a clear-voiced Dylan as Spaltro looks out Manhattan and questions if “we should exist at all.” However, as she reconnects to the love surrounding her life, the track takes a soulful turn into pop territory, pensive guitar strums shifting into brighter cheer as they’re bolstered by a comforting piano strain and steady rhythm. Spaltro’s objective lens focuses down from the big city picture to more intimate scenes of fixing her lover’s hair and watching a loving couple play with their dogs, moments which leave her “tangled in that deep deep love.”- READ MORE via Consequence Of Sound 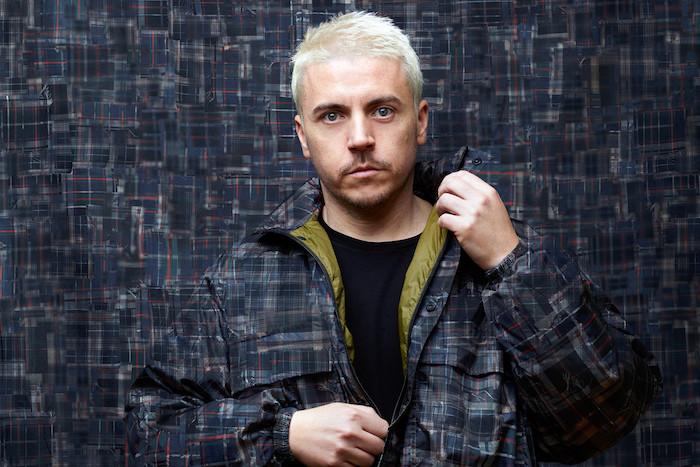 It’s natural for aspiring musicians to learn through imitation. But in smaller countries, the first impulse of artists — at least those with commercial inclinations and YouTube access — may be to imitate hits from abroad, potentially impeding the growth of a rich local scene with its own sound and style.

As a member of Buraka Som Sistema and on his solo debut album Atlas, the producer Branko has been working to ensure that this doesn’t happen in Lisbon. Styles from around the Lusophone (Portuguese-speaking) world mix in Lisbon; Branko’s goal is to elevate this blend into global conversations. He continues this effort with Nosso, his new album out March 1st.

Nosso arrives in a more welcoming world than Atlas: Even in the last three years, various strains of once-local pop music have found new global audiences. Fans of the Nigerian singer Mr. Eazi, for example, hear his influence emerge a continent away in the K-Pop group BTS. Brazilian baile funk hits amass hundreds of millions of views on YouTube.

This means that aspiring artists outside of the Anglo mainstream may no longer be tempted to make the sort of aesthetic sacrifices that were once required to reach a global audience. In the 1990s, Marc Anthony had to abandon his signature salsa sound to sing English-language ballads in order to have a crossover hit in the U.S. That type of concession is no longer necessary.

To move to the next phase, “instead of doing someone else’s hip-hop, you can do your own version,” Branko continues. “When that kid picks up a computer and decides to make music, he already knows he wants to make that Lisbon sound. There’s nothing else to do, in his mind. Stage three is this idea of being proud of your roots, your background, and being able to make music with all of that without it being a question.” Nosso means “ours” in Portuguese. –Read the full article via Rolling Stone

U.K.-based singers Jorja Smith and Maverick Sabre are each rising stars in their own right. But put them together and the sonic slow burn only intensifies.

Maverick Sabre releases his first single of 2019, “Slow Down” — the third single off his forthcoming album, When I Wake Up — complete with a wistful video featuring both artists. This R&B ballad is sophisticated and sexy in nature. It’s riddled with riffs that invite you to listen intently. Its brass drums, low bassline and poetic snaps scatter loosely throughout. “Slow down won’t you come around” the singers repeat in between verses — a call-out to past lovers in hopes that they’ll return soon.

Directed by Rashid Babiker, the rainy visual for the song positions Smith and Sabre as ships passing in the night in the most relatable, mundane manner. (Sabre plays a cab driver, Smith is his passenger.) It’s the shared glances in the rear-view mirror that bind them.

Even though Sabre is more likely to experiment with jazz and electronics while Smith loses herself in soft beats laden in profound thought, their collaborations always offer something new and magical. The evolution of their work feels like an intricate dance that’s constantly adding footwork.-NPR

Over his songwriting career, Craig Finn’s developed a reliably literary style. The thematic throughlines of his catalog demand a close reading and lend themselves to annotations; you could make a map out of mentions from his discography (in fact, it’s been done).

While his Hold Steady characters were wild and wrecked, the concerns have changed on his latest solo releases, 2015’s Faith In The Future and 2017’s We All Want The Same Things. Recorded with Josh Kaufman and Joe Russo and engineered by D. James Goodwin, Finn calls I Need A New War the third part of a trilogy.

“The three albums together look at the same people, but from different angles,” Finn writes. “The characters in the songs on this record, and the last two, are trying to keep up and keep their heads above water.”

I Need A New War grapples with consequence. Characters – often referred to by first name – reckon with the lives they’ve built, reflecting on the circumstances that put them in those positions and places. The tracks, as they frequently do in Finn’s body of work, unfold like short stories, with stray observations and specific details setting the scene. – NPR 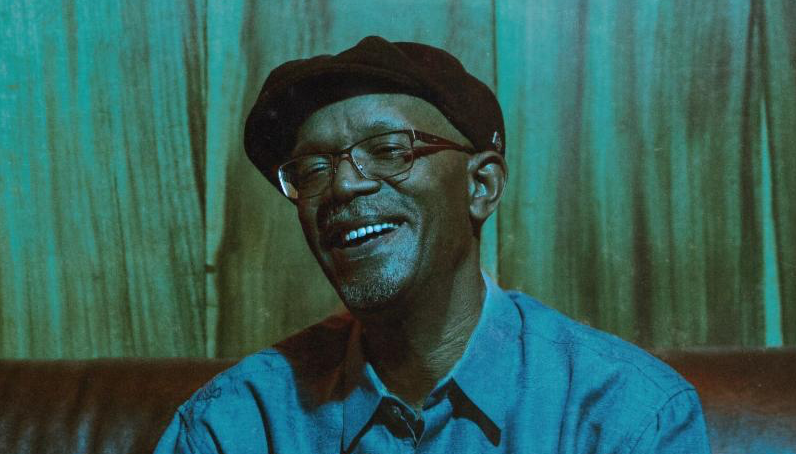 One of the best-loved musical styles in the world now bears a new distinction. Reggae — the uniquely Jamaican creation born in the late 1960s and made popular globally by artists like Bob Marley and Toots and the Maytals — has been added to a list of global cultural treasures by UNESCO, the cultural and scientific agency of the United Nations.

On Thursday, reggae was “inscripted,” as the UNESCO term goes, to the “Representative List of the Intangible Cultural Heritage of Humanity,” joining more than 300 other traditional practices worldwide on the U.N. agency’s list.

“Its contribution to international discourse on issues of injustice, resistance, love and humanity underscores the dynamics of the element as being at once cerebral, socio-political, sensual and spiritual,” UNESCO said in a statement. “The basic social functions of the music — as a vehicle for social commentary, a cathartic practice, and a means of praising God — have not changed, and the music continues to act as a voice for all.”

UNESCO enlarges its list annually; dozens of musical, dance and theater styles have already been included, though possibly none so well-known, or commercially popular worldwide, as reggae. – NPR MUSIC 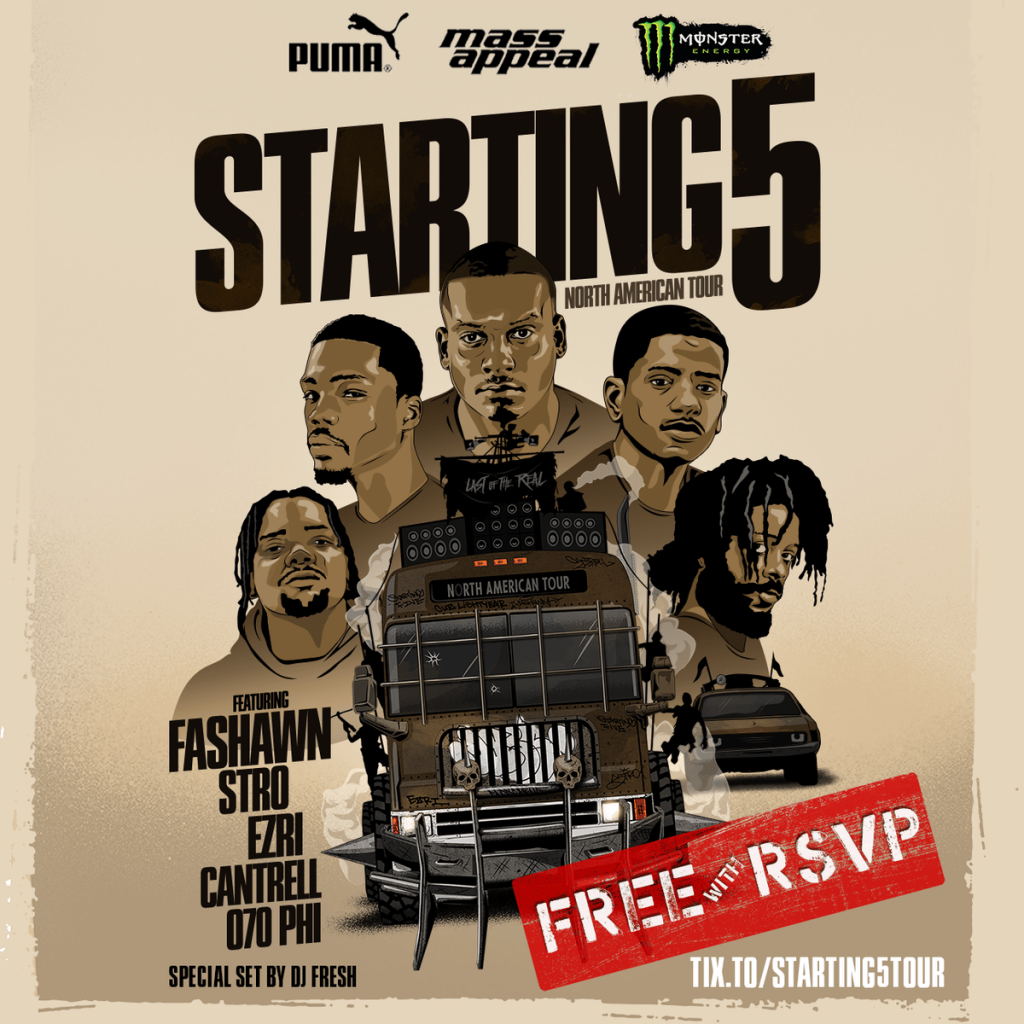 Each artist has designed their own shirt to be sold exclusively during The STARTING 5 Tour.