Harrison’s debut, Checkpoint Titanium, was released on September 9, 2016 via Last Gang Records. The JUNO-nominated album was highlighted through features in The FADER, Exclaim!, Noisey, CBC Music and Apple Music’s Beats 1. It features an array of collaborators including a l l I e (Vertigo), Ryan Hemsworth (Vanilla) and Young Guv (So Far From Home). His videos for album singles, It’s Okay I Promise (featuring Clairmont The Second), and Right Hook (directed by Eva Michon) received nods from the esteemed Prism Prize, a national juried award recognizing the artistry of the modern music video in Canada.

Canadian rapper and hip-hop artist, Shad shares his latest with the world, the video for “Frame of Mind.” The lo-fi R&B jam is produced by Louis Kevin Celestin (the mind behind Kaytranada) and visuals are created by Justin Broadbent. Be sure to hear the full album, A Short Story About A War out on October 26th on Secret City Records. 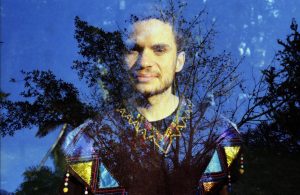 Join in on the conversation with Pedro Canale, the producer and DJ behind the electronic cumbia project, Chancha Via Circuito. TuneIn presents a special interview with the artist who talks about his substantial music career, making 12 albums and his love for spreading contagious dance beats across the world. Listen to the interview HERE!