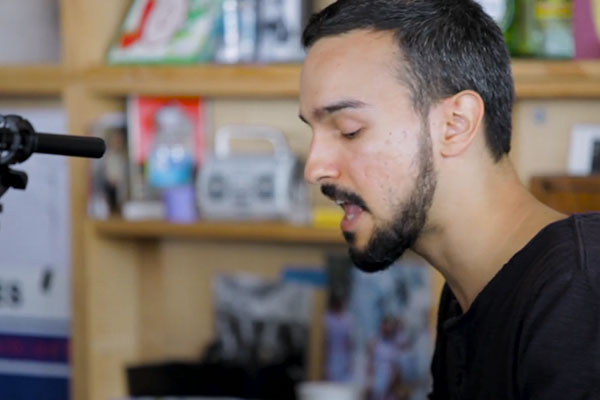 “I was, admittedly, thrown for a loop when Gabriel Garzón-Montano told me that he wanted to perform unaccompanied, just him and a piano. The meticulousness of his work is clear on his debut album, Jardin, a three-year creative process in which Gabriel plays most of the instruments, tracking them to two-inch tape, layering its overall sound. Jardin takes its title as an umbrella; fruits, bugs and other plants are the driving metaphors tying together this dense work, which blooms over successive listens. Garzón-Montano doesn’t ed-treatment-info wear his heart on his sleeve — he forces you to listen and peel the layers back.

Garzón-Montano’s career trajectory veers wide — living with Philip Glass for a year while his late mother played in the composer’s ensemble, sitting under the minimal maestro’s piano as he practiced; Lenny Kravitz making possible his first tour experience; while Drake exposed Gabriel’s sound to the masses.

That decision to go it alone at the Tiny Desk made sense, though, the moment he started to play; his talent is left elegantly exposed in this unadorned performance. He says his visit to the Tiny Desk “with just piano and vocal reminds me of what is lost when a song is fully produced and arranged — it was an exciting and vulnerable experience. I was nervous for this one.”

Here then, are three songs from Jardin, along with the song that introduced Gabriel to the world… laid bare.” 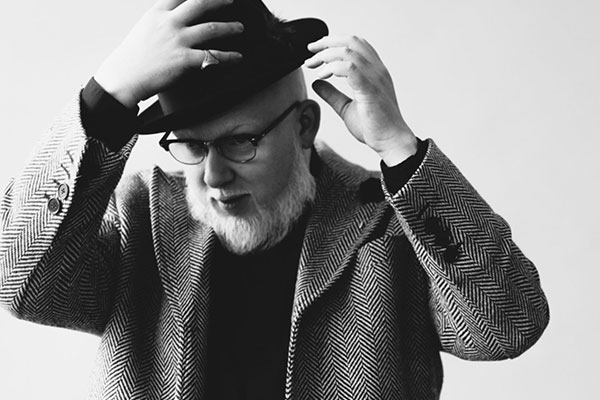 “For over a decade, Minneapolis Hip Hop artist and activist Brother Ali has promoted consciousness in rap through his lyrically agile social commentary. His new album, All the Beauty in This Whole Life, explores the notion of love as absolute truth and absolute freedom through the death of ego. He also considers a world where his Black son is not safe because of tainted societal perceptions of Blackness. Race, religion, and identity are all pervasive themes on the album and Jesse Menendez spoke with Brother Ali about the project.”

Listen to the interview below! 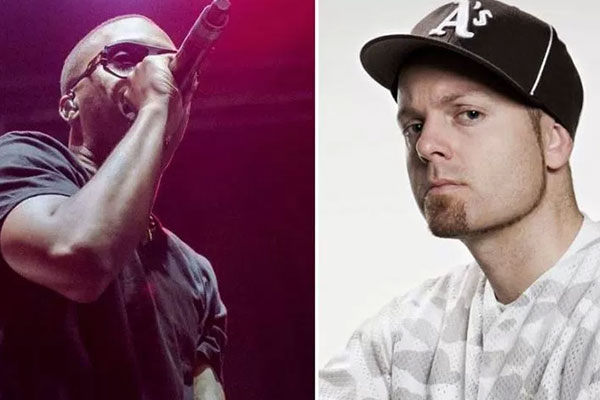 “”Systematic,” the first-ever collaboration between DJ Shadow and Nas, now has a lyric video. The fiery, scathing song was unveiled last month during the season premiere of HBO’s Silicon Valley. It’s the first new piece of music from DJ Shadow since ‘The Mountain Will Fall’ was released last year to raves on Mass Appeal Records. It’s been a busy spring for the legendary DJ and producer. He made his fifth career appearance at Coachella. He launched his own KCRW show called Find, Share, Rewind – which airs at 10PM the first Saturday of each month on KCRW. He also recently announced a July run of dates in the U.S. in addition to a 5-month international ‘The Mountain Will Fall’ tour that will have him crossing the globe into October.”

Check out the video and tour dates below! 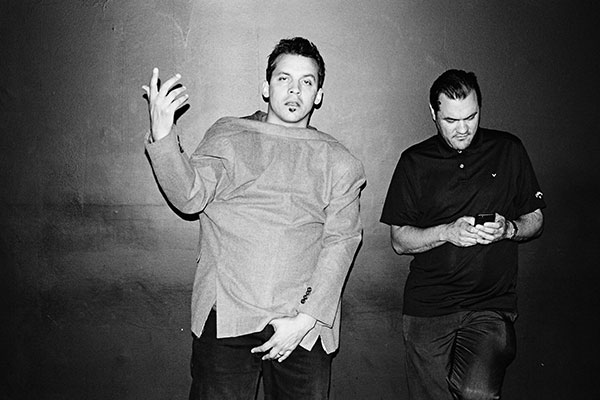 Back in 2011, Atmosphere began doing exclusive state-wide tours in their home state of Minnesota. The tours spanned from border to border, hitting numerous markets with intimate performances targeting not only the bigger cities, but also smaller towns too. After four years of successful “Welcome to MN” tours, they decided to bring the idea to other states too, beginning with Welcome to Florida in 2015, and followed by Welcome to Texas in 2016. Finally, this August, Atmosphere will bring its seventh “Welcome To” tour series to California for the very first time.

Check out the dates below! 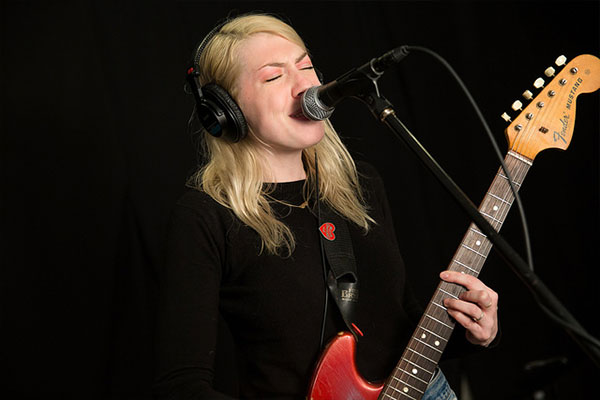 “Charly Bliss formed in New York City a few years ago and just released its debut album, Guppy. Full of fuzzy guitars and sugary-sweet vocals, the band is a throwback to classic indie rock of the ’90s but with a distinct pop sensibility. The quartet has spent plenty of time on the road honing their sound and forming a clear identity for themselves — an impressive feat for a young band.

We caught up with Charly Bliss at SXSW earlier this year, where they performed a stripped-down arrangement of the song, “Glitter.” Their recent visit to Studio A, though, was full volume, and I also had a chance to talk with the band about the making of their album, their goals starting out, the total joy they have playing music live, and lots more.”

Listen to the podcast below or click HERE for video from the session. 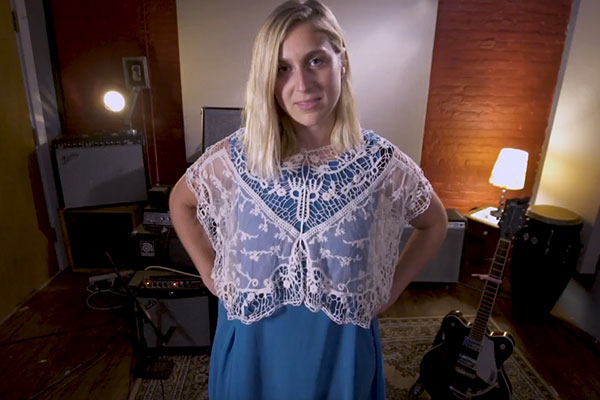 “Lexie Roth grew up in upstate New York, surrounded by some huge musical figures connected to her guitarist father, Arlen Roth, laying the strong groundwork for her early musical development. Her first album was released when she was just 18 years old, after which she traveled to the west coast before eventually returning to the east coast. Now she splits her time between Los Angeles and Martha’s Vineyard as she continues to further develop her tuneful, folk-influenced indie rock. Lexie stopped by Serious Business Music in DUMBO to share some of her music with us in this intimate session.”

Watch the performance below or click HERE for the audio podcast. 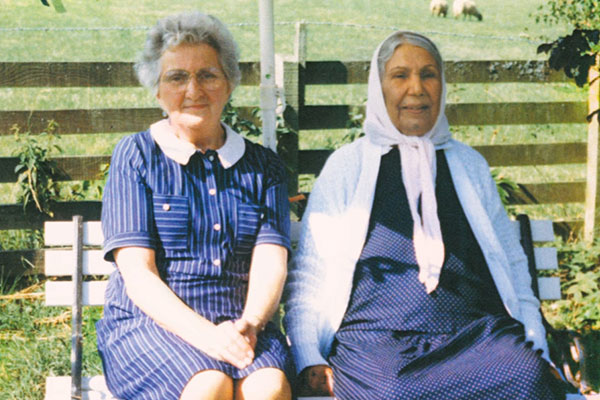 “As announced, Dauwd Al Hilali (a.k.a Dauwd) is set to release his debut LP, titled Theory Of Colours. The US-born, Wales-raised artist has been releasing music for nearly six years on such noted labels as Ghostly International and Kompakt; and his debut album arrives following a few years out of the limelight and in his Berlin studio. Inspiration, according to the label, comes from electronic music legends like Terry Riley, Raymond Scott, and the seminal Radiophonic Workshop period in the late ’50s and ’60s. “It,” continues the label, “draws a unique line between influences as disparate as hazy Detroit house and early German Krautrock.””

Listen to “Glass Jelly” below!