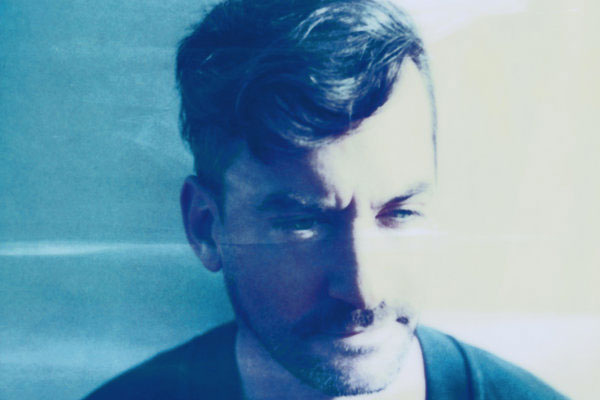 “Here comes Bonobo with something soothing for your hectic week’s end. “Break Apart,” feat. Mike Milosh of the r&b-influenced Rhye, is the sweet, soft-handed second single from the producer’s forthcoming Migration LP, set for release Jan. 13, 2017, on Ninja Tune. It’s premiered this morning on Spotify’s “New Indie Mix” playlist, a first such premiere for the streaming platform. The video gets full eye candy treatment from director Neil Krug. A collection of vast and glowing landscapes echo the mood set by the music.” — via Billboard

Watch the video for “Break Apart” below! 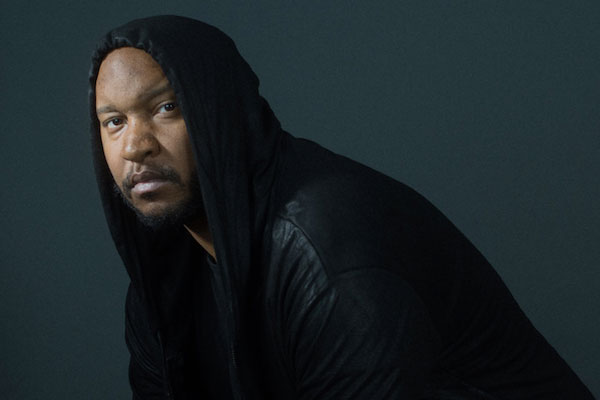 “Toward the end of 2012, P.O.S. underwent emergency kidney surgery and was forced to halt all his touring and recording plans as a result. Two years later, he received a kidney transplant that pretty much saved his life. “I feel like a new dude,” he said optimistically not long after the procedure.

In the years since, the Minneapolis-bred rapper/producer has thought long and hard about those harrowing medical scares, as well as the challenges he and the rest of the world are facing today. He’s turned those reflections into a brand new album titled Chill, dummy, which is due to drop on January 27th via Doomtree Records, with vinyl coming March 17th. It marks not only his first full-length since his kidney transplant, but the long-awaited follow-up to 2012’s We Don’t Even Live Here.

Chill, dummy promises to continue the musician’s knack for tunes that defy genres, melding hip-hop and rap with elements of rock and punk. To help out on the record, P.O.S. enlisted a few longtime collaborators in Doomtree label mate Lazerbeak, fellow Marijuana Deathsquads member Ryan Olson, and local Twin Cities musician Astronautalis. That’s not all: Justin Vernon, Kathleen Hanna, Allan Kingdom, Open Mike Eagle, and Busdriver also show up in various forms “to offer up biting commentary and varying points of view.” Altogether, a press release describes the album as P.O.S.’ “most bold, honest, and daring work to date.”

The forthcoming effort includes two previously released singles (“Wearing a Bear” and “sleepdrone/superposition”) along with 10 all-new cuts. One of those is the latest single “Lanes”, which Consequence of Sound is honored to be premiering today. Though less than two minutes in length, the track packs a crafty punch, surging in intensity at just the right moments like a rallying punk number. It’s official: P.O.S. is most definitely back.” — via Consequence of Sound

Check out “Lanes” below! 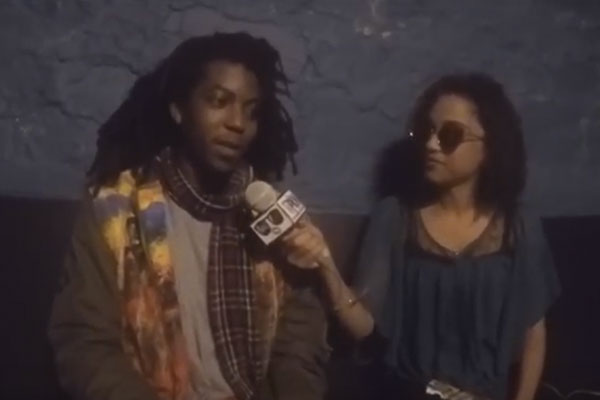 “Mystery Girl recently interviewed rapper deM atlaS backstage at Toad’s Place (New Haven, CT) before his performance. Signed to Rhymesayers Entertainment, the Minnesota born rapper joined Atmosphere on their Freshwater Fly Fisherman tour this season. Mystery Girl and deM atlaS talk music, tour life, and more. Check it out to find out what happened to the rapper in Germany and what his perfect day would consist of!” — via YouTube

Watch the clip below! 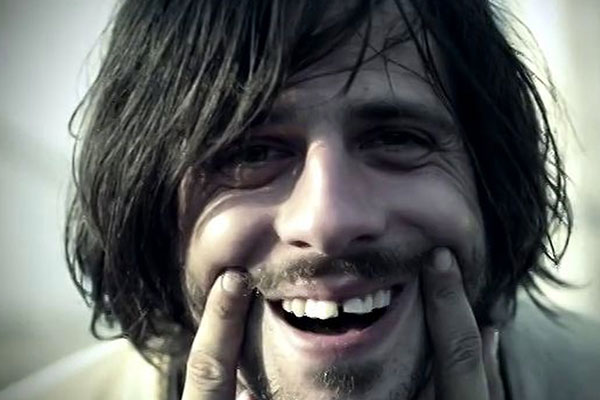 Micheal ‘Eyedea’ Larsen was a 21st century prodigy—a freestyle battle rapping champion, a guitar player, a break dancer, lead singer of a punk band, a poet, a philosopher, and a supportive friend to many. ‘The World Has No Eyedea‘ is an internationally acclaimed, award winning documentary that tells the real story behind this unique underground artist as a positive force for his friends, family, and his fans.

Check out the trailer and film tour stops below! 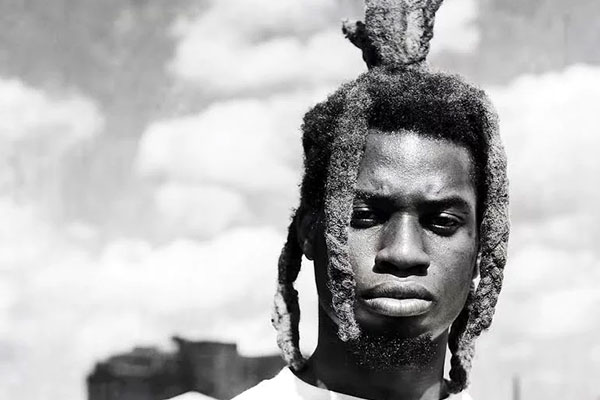 “We’re not sure if Denzel Curry got the memo about hip-hop getting happy, but then he’s been through some tough times. He grew up in an area notorious for police brutality and gun violence (Zone 3, Carol City, Miami), and he has experienced more tragic events than any 21-year-old should: aged 16, he witnessed a shooting inside a local McDonald’s, only to run into the perpetrator the following day at high school – incidentally, the same school attended by Trayvon Martin. Then, in 2014, his older brother Treon Johnson died after being Tasered, pepper-sprayed and taken into custody by police in Miami-Dade County. “I think about death a lot,” Curry admits. The above tumultuous incidents triggered a depression that threatened to engulf the self-styled “black metal terrorist”.” — via The Guardian

Read The Guardian’s full write-up HERE, or check out the track “ULT” below! 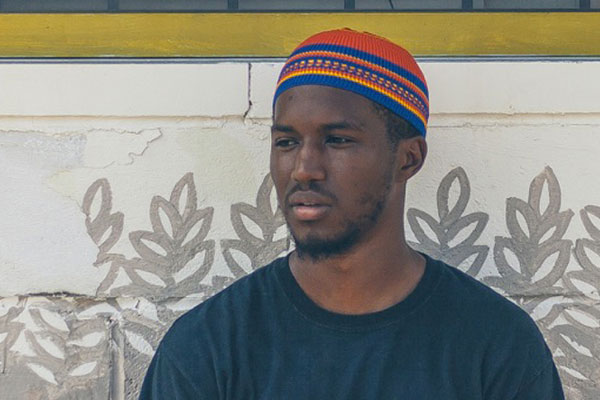 “Jay Daniel’s debut release, 2013’s Scorpio Rising EP, arrived just a few months after the young Detroit artist first picked up an MPC. Although it slightly lacked cohesion, the EP and its 2014 follow-up, Karmatic Equations, signaled to many that Daniel was well on his way to joining the long list of Detroit artists that have put their stamp on the global music scene. His style was rough and raw, but packed with emotive charm and a certain swagger that befits artists that early on in their production career. Even though these first releases garnered much acclaim, Daniel avoided press and promotion. He wasn’t using aloofness as a bigger, thought-out plan of creating demand; rather, it was an absence of something to say. It’s clear that Daniel has an understanding that his most prominent voice is his art, and in the near-three years since the release of Karmatic Equations—besides a feature slot on Funkineven’s Discipline and the launch of Watusi High with School Dance—Daniel has been almost silent, working on his craft with careful consideration and patience. The result of those years of work is now realized in Broken Knowz, Daniel’s beguiling debut album. Over the course of the release, Daniel almost eschews the dancefloor altogether; instead, he places his focus on deft rhythms—recorded with live drums into a multi-track mixer in his Mom’s basement—and highly emotive synth and piano lines. Although there are obvious dancefloor moments, Broken Knowz is an album that exists and thrives well outside of the club confines.” — via XLR8R

Check out 4 songs from the album below, or click HERE for the interview! 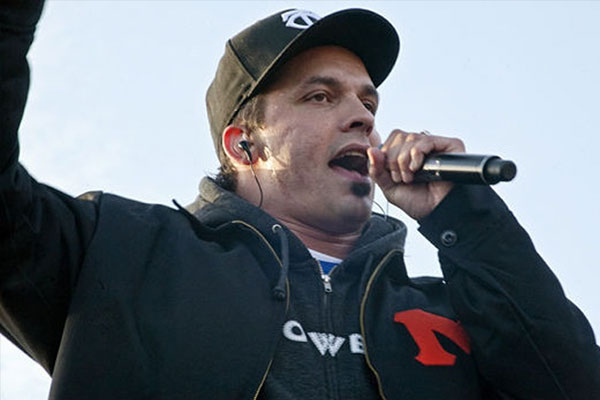 “Mystery Girl interviews Slug from Minnesota hip hop duo Atmosphere. The duo consists of producer/dj Ant (Anthony Davis) and rapper Slug (Sean Daley), who have been making music together for over 20 years. Atmosphere released their latest studio album “Fishing Blues” in August and are currently on their Freshwater Fly Fisherman tour. Mystery Girl talks with Slug about how his music has changed and evolved over the years, what inspires him to write, the Rhymesayers label, what it’s like being in the game so long, balancing fatherhood and the industry, and more.” — via Soundcloud

Check out the interview below!