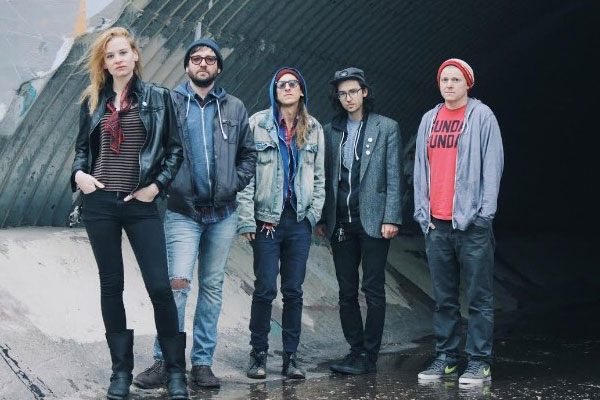 Eros and the Eschaton is a Colorado-based indie rock band. Their pop tendencies are lightly coated in shoegaze touches, with the real hook being the vocal interplay between Kate Perdoni and Adam Hawkins, who founded the project in 2012. Fans of Broken Social Scene will definitely appreciate this group’s approach to the experimental indie-pop genre. They stopped by Serious Business Music in DUMBO, Brooklyn, for this session.

Watch the band perform “From Belly Deep” below! 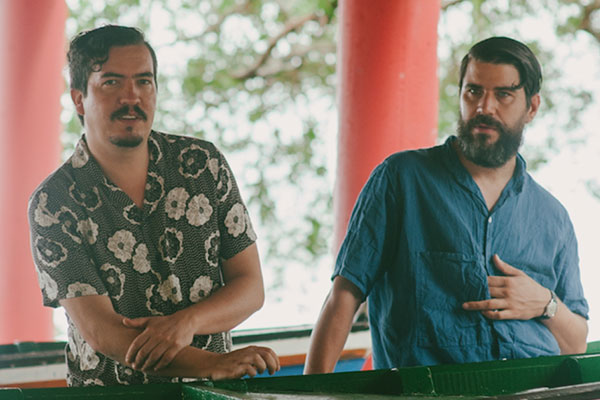 “Ondatrópica is back with more sonic adventures. “This time the accent was also in the recording location,” Holland tells us via email about the recording of their second album, Baile Bucanero (Bucaneer Dance). “But this time we went straight to the heart of the Caribbean sound: Old Providence.” Recorded on its majority in the Caribbean island of Colombia, all sun, chill and crystal clear water, in this new chapter, Ondatrópica continues navigating its own map, raising a deep question about the musical blood of this big nation: its sabor. “We wanted to approach Caribbean music as a subject that transcends political and cultural frontiers,” Galeano observes from his usual anthropological perspective. “Finding ties between calypso and Choco’s tamborito, for example… replacing guacharacas with jawbones, joining the lapsteel with the accordion.”” — via Noisey 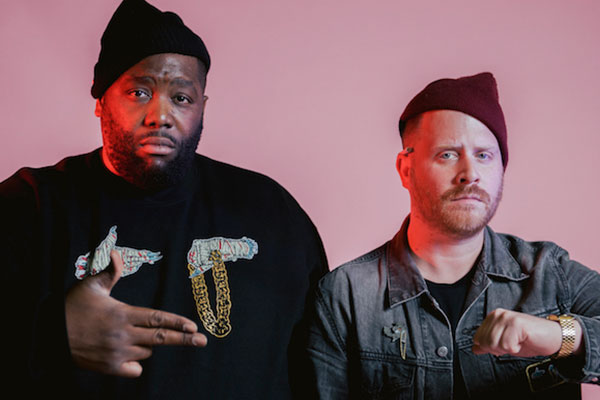 “Killer Mike and El-P have just shared a new Run the Jewels song. “2100” features Boots, who also appeared on Run the Jewels 2. It’s accompanied by a note explaining that it was released “for everyone who is hurting or scared right now.” After saying they weren’t planning to release the song just yet, “it feels right, now,” they wrote. “its about fear and its about love and its about wanting more for all of us.” It opens with Mike rapping, “How long before the hate that we hold lead us to another Holocaust.”” — via Pitchfork 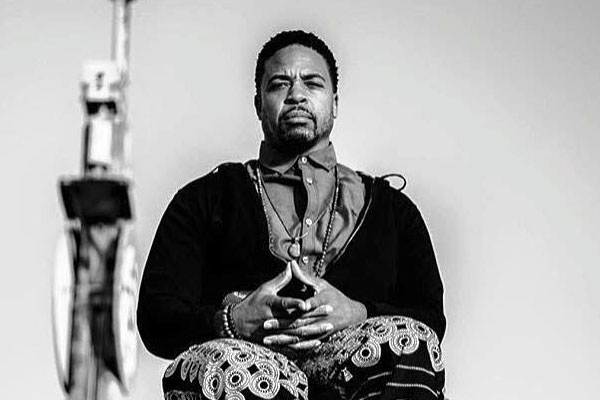 “Oakland-based hip hop artist Zion I, also known as Baba Zumbi, has finally emerged from the studio ready to release his new solo album, The Labyrinth, after parting ways with AmpLive. Dropping on October 21st, 2016 with Mind Over Matter Records, the project was produced by Ariano, Mikos the Gawd, Teeko, and Decap with featured guests Deuce Eclipse and Codnay Holiday. As a part of the conscious hip hop movement, Zumbi creates songs that are imbued with soulful, sociopolitical, and deeply personal lyrics. The Labyrinth’s opening track “Pre-Destine” is a recording of his almost two-year-old son, Kenji, as he softly coos and giggles into the mic. This sets an interesting tone for the album as the listener is taken on a journey through the many facets of Zion I. Zumbi not only shares his light and love for his son, but also the darker side of life with the track “Not Your Fault” which was written the night his father passed away last year. While expressing the sorrow that death often brings, he also remembers the great impact his father had, and continues to have, upon his life. Exploring the vast spectrum of human emotions, Zumbi shares his vulnerabilities through his music which is a reflection of his strength.” — via Huffington Post

Read the rest of the piece HERE or check out the video for “What We Gone Do” below! 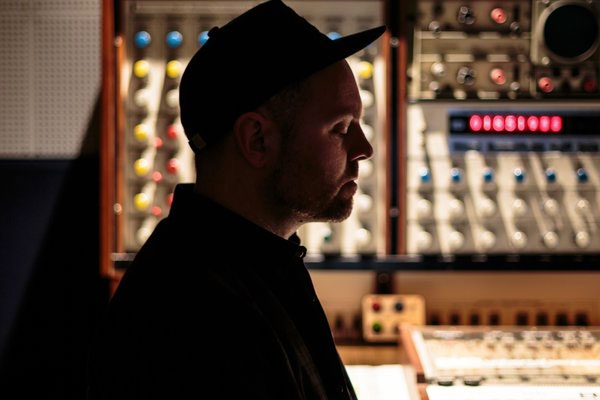 Twenty years ago, DJ Shadow made his debut with an album composed virtually entirely of samples. It was called Endtroducing, and it set a new standard for the creative parameters of hip-hop. In 2016, he’s still pushing the boundaries with his new record, This Mountain Will Fall. In this session, Shadow shares his thoughts on the fine balance between paying homage to hip-hop history and keeping things fresh.

Check out the full interview with Shadow below! 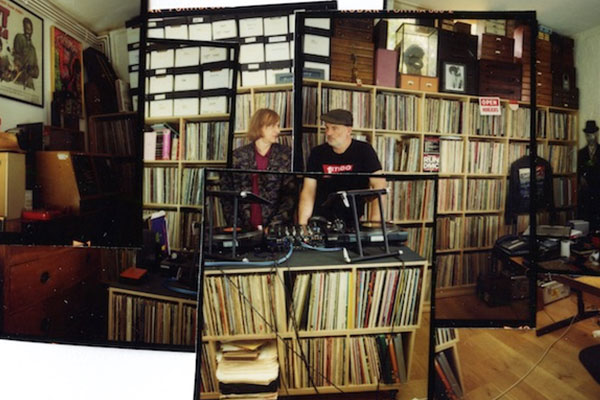 Jon More and Matt Black come together to form the legendary duo Coldcut, best known for starting the Ninja Tune label as well as its sister label, Ahead Of Our Time, which will be releasing the duo’s Only Heaven EP November 25th, the first official release by Coldcut in 10 years.

Best known for their cut n’ paste style, Coldcut calls Only Heaven an exercise in “dissentertainment” and focus their latest single around the dubious hairdo of GOP Presidential Candidate Donald Trump. Upbeat and inspired by the rave, “Donald’s Wig” is grounded around vocals by Roses Gabor and features a rip rattling breakbeat.

Check out “Donald’s Wig” below!

“Run the Jewels have announced a huge North American tour for early 2017. It comes after months of Run the Jewels 3 teases, as well as the recent unveiling of “Talk to Me,” the record’s lead track. Support on the dates comes from the Gaslamp Killer, Spark Master Tape, and Cuz. Check out the awesome tour poster below. Run the Jewels recently announced they’d appear as characters in “Gears of War 4” — those characters are playable as of today.” — via Pitchfork

Listen to “Talk To Me” below, and be sure to check out the poster for upcoming tour dates! If you’re ready to see some of Gears of War 4, we got that below for you, too. 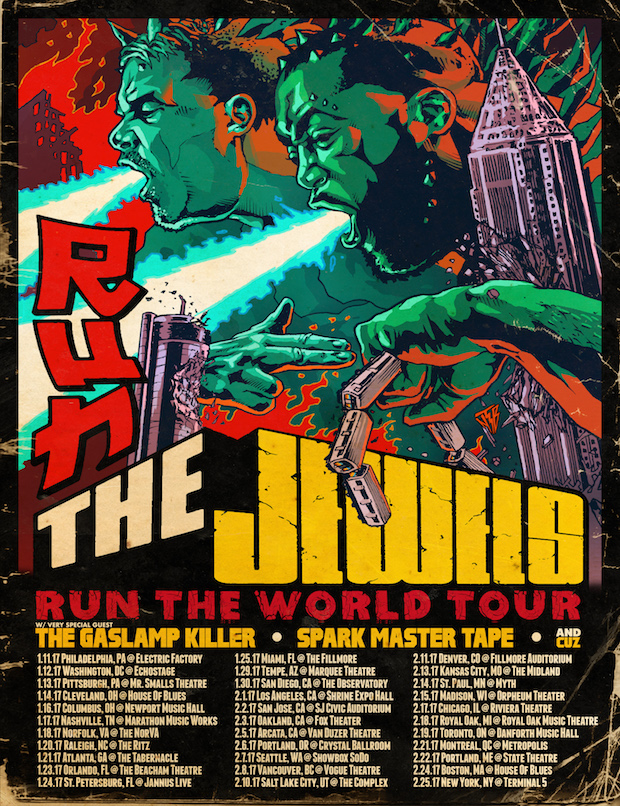