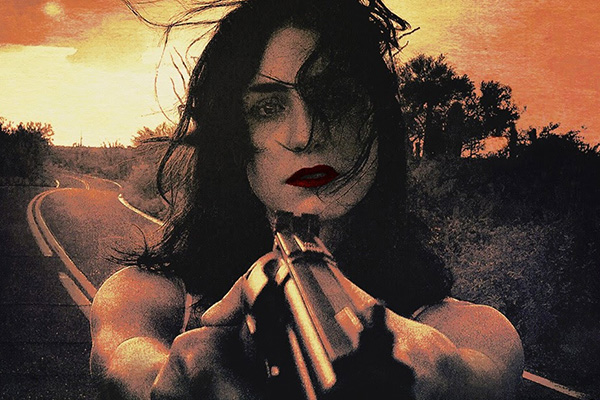 Wax Tailor fifth studio album “By Any Beats Necessary” is coming out on October 14th. The title references the Malcolm X phrase “By Any Means Necessary”, which was in turn inspired by Sartre’s play “Dirty Hands”.

“Without going too deep into politics, the album’s title reflects my determination to use all kinds of sounds and textures to get to something musical,” says JC Le Saout, the man behind Wax Tailor. “The word ‘Beat’ also draws a line towards the Beat Generation, Kerouac’s famous novel On The Road, and the quest for a better place. And so, in this time when each of us needs a little escape, I conceptualized this album as the soundtrack to a better elsewhere that I imagined to be the south western part of the USA”.

This new take on the western frontier leads us on a fabled road where blues, psychedelic rock, soul, funk and hip-hop collide.

Joining him on this ride are guests such as Ghostface Killah from the Wu Tang Clan, R.A. The Rugged Man, who crosses mics with up and comers A-F-R-O & Token, in a showdown for the ages. The album also features Tricky in a very personal duet with Charlotte Savary, Lee Fields, the godfather of the retro soul scene, Sara Genn, Mattic and Raashan Ahmad and newcomer Idil.

Listen to “For The Worst” below! 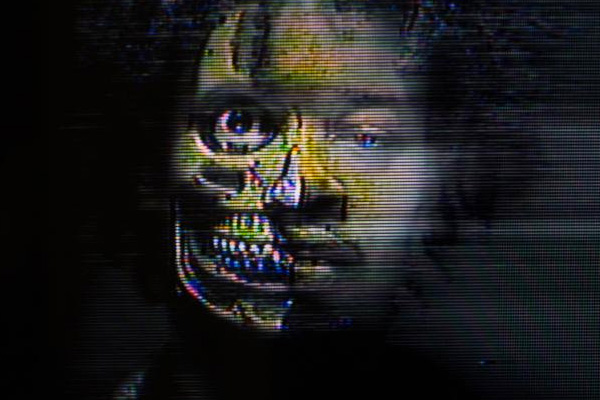 Originally slated for Friday, September 30th, Danny Brown surprised fans around the world this afternoon during a Twitter Q&A with the early release today of his highly anticipated album, Atrocity Exhibition. As Danny told fans, “Yo whattup bruisers this is Atrocity Exhibition out today. Couldn’t hold it no more longer so had to get the music to the people. Love all y’all everybody check it out.” In the months leading up, Danny has teased with the Mimi Cave-directed video for “When It Rain“, streams of “Pneumonia“, posse cut “Really Doe” f. Kendrick Lamar, Ab-Soul and Earl Sweatshirt, and previewed clips of “Rolling Stone” on NPR and “Tell Me What I Don’t Know” on Beats 1 Radio with Zane Lowe….

Brown’s words can be found further amplified on this album with massive beats and production by frequent collaborator Paul White and additional contributions from Evian Christ, The Alchemist and Black Milk. Featured guest vocals come from label-mate Kelela, Cypress Hill member B-Real and South African rising act Petite Noir. Pairing his views on the irreconcilable differences between the future and the realities of the present, Danny Brown’s Atrocity Exhibition presents a sonic prism, with intricate use of story-telling and wordplay, showcasing his truly unique art form and pushing him past the boundaries of rap.

Click HERE to listen to ‘Atrocity Exhibition’ on your favorite platform, or catch up on the single “Really Doe” below! 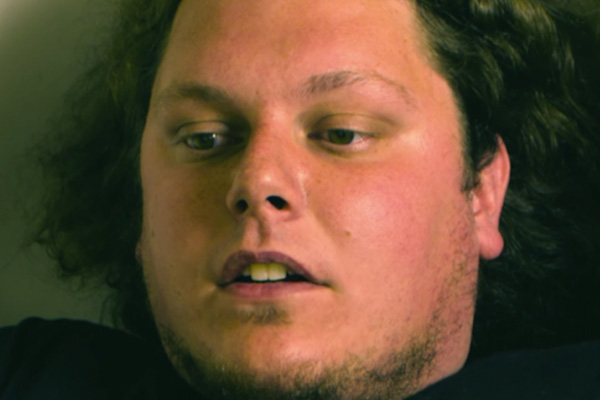 “Today we’re debuting the video to Red Pill‘s title track “Instinctive Drowning”. The song is produced by myself, the video directed by my partner Ason Intrigue (who you may know from my videos to “Gone”, “Silhouette”, “Numb”, etc). I’d like to think of this as Pill & Ason’s “Requiem for a Dream”. Once Ason finished the final render, I couldn’t stop watching it. Everything about this song and video is real. This is the song that made me cry when I finally heard it in context to the album. The video only pushes it further. I can’t believe I even get to be a part of something like this honestly. This video, this album, is for any and everyone struggling to keep it together. Which is all of us. Usually we do it behind a wall, not in public or on Facebook. But Chris (Red Pill) made beautiful art of it. That’s such a rarity. Listen to it like you watch a movie. Turn lights dim, turn off your phone and social media. Just zone out and let it take you there.” — via Illpoetic 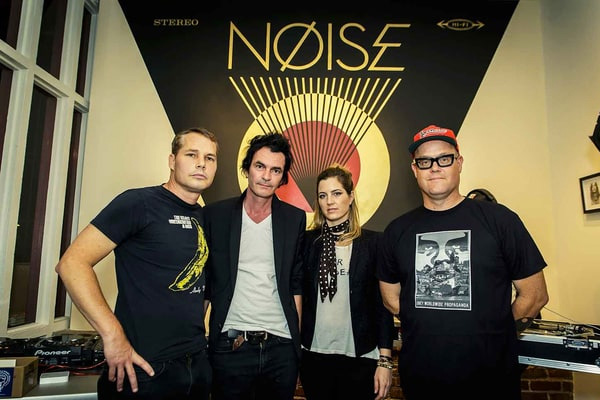 “Noise” has myriad connotations… a sound, a sonic disturbance, a fluctuation in a transmitted electrical signal, and so on, but for the moment, tune out the noise and tune in to NØISE. NØISE is the name of the musical endeavor that sees Shepard Fairey, known for creating iconic artwork, such as the Barack Obama “Hope” image, and the Obey Giant campaign, teaming with veteran musicians John Goff, Merritt Lear, and Joe Cassidy. With hints of new wave, electronic music, and modern pop, NØISE, whose Little Lions EP will be released digitally on September 23rd, was born through a unique series of events. A special limited edition double vinyl, gatefold of the 8 remixes will also be available with new artwork by Fairey and artist Ravi Zupa. 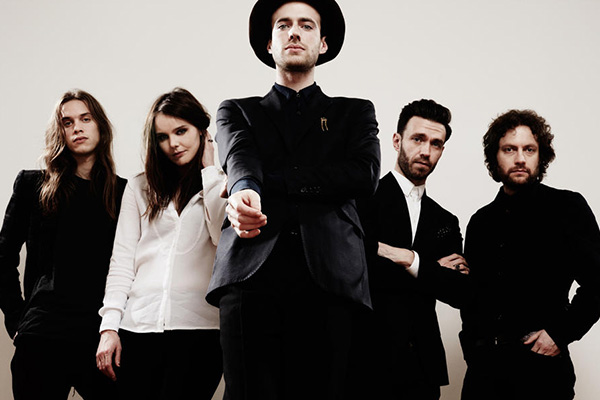 The Veils have released the official music video for single “Low Lays The Devil” taken from their new album Total Depravity (out now via Nettwerk Records). Originally, the single was premiered by both NME and Zane Lowe’s Beats1 show, and flew straight on the prestigious BBC 6 Music’s B List, where it remained for six weeks. The new video, filmed in London, all centers around a flamboyant devil figure. Lead singer Finn: “This video was made by Tu Neill and I guess is a depiction of various forms of depravity we’ve witnessed in the world over the last few years, one scene of which should resonate with New Zealanders in particular. It ends with a dance-off with the Devil thrown in for good measure.”

The album reunites the band with producer Adam ‘Atom’ Greenspan (Nick Cave & The Bad Seeds, Arcade Fire, Yeah Yeah Yeahs, Band Of Skulls) and also sees co-production from Run The Jewel’s El-P. Andrews and El-P met up in various locales to collaborate together. Over a two-year period, Total Depravity was recorded at Estúdios Sá da Bandeira in Portugal, Konk Studios in London, Casa Lynch in Los Angeles and El-P’s studio in Upstate New York. Last month, Showtime shared the full cast to David Lynch’s reboot of his groundbreaking 1990 series Twin Peaks. Andrews is one of a handful of musicians set to appear in the upcoming revival; alongside other named artists like Eddie Vedder, Trent Reznor, Sharon Van Etten and Sky Ferreira.

Watch “Low Lays The Devil” below! 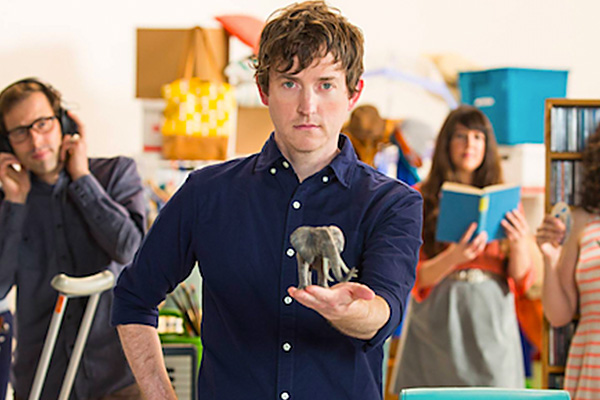 “[“As It Is”] is about the fleeting existence of friendships, apt subject matter considering the band spoke extensively about the changes its home city Portland is experiencing. From band member Tim Perry: “It was pretty hot when we crowded into this studio to record a live video for “As it Is” with a bunch of our friends. Since the song is about ceding control and letting things fall into place, we figured we’d perform it live and set it loose, just as it is.”” — via Brightest Young Things

Watch “As It Is” below, and be sure to read the full interview the band did HERE. 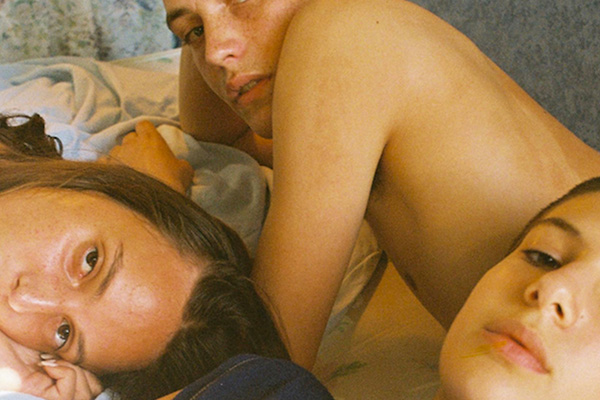 “Mayan Toledano, artist and one-half of label Me and You has lent her hazy daydream aesthetics to the the latest video for Tel Aviv-based band Garden City Movement. Set to the trio’s softly seductive electro-pop rhythms of She’s So Untouchable, Toledano’s intimate world of teenage friendship, love and longing is a perfect pastel-hued fit. We spoke with the budding director about how the video’s cast inspired her, the benefits of learning as you go, and why being untouchable is about defying expectations – including societal definitions of gender – and carving out your own identity.” — via i-D

Read the full interview with Mayan Toledano HERE, and watch the video below!