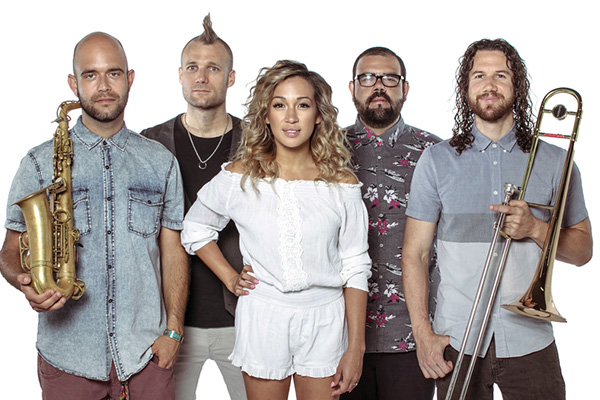 “According to Hirie…“’You Won’t Be Alone’ is about our lives on the road and how it feels to leave everything behind, in order to pursue a dream. The song serves as a constant reminder to ourselves and our loved ones of our imminent return. And when they hear us on the radio, they can be happy knowing we made it thanks to their love and support. “The music video was filmed and directed by Timslew of Soundlapse in San Diego, California. It showcases members of the Hirie band and the unbreakable friendship they’ve developed on the road touring for the past three years.”” — via Huffington Post

Watch “You Won’t Be Alone” below! 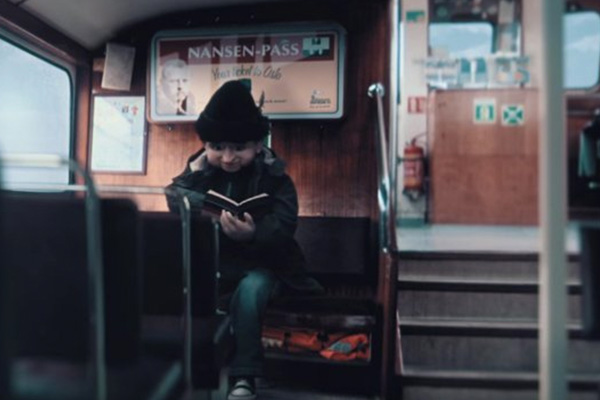 “Whether on kids’ TV shows or in horror films starring a young Anthony Hopkins, ventriloquist puppets have an inherent ability to put the E.T.A. Hoffmann creeps on you. The uncanny unease they fill us with is fully toyed with in a new music video for Norwegian jazz collective Jaga Jazzist and their song “Prungen” from album Starfire on Ninja Tune. Directed by Norwegian duo Trista Namo & Fehl Roch the slightly ominous and foreboding tone of the track is echoed in the unsettlingly bizarre and escalating narrative. Using live-action puppetry and CGI it sees a German man-puppet head to Norway to scatter his grandfather’s ashes in the sublime scenery of the fjords, but things quickly spiral into weirdness.” — via The Creators Project 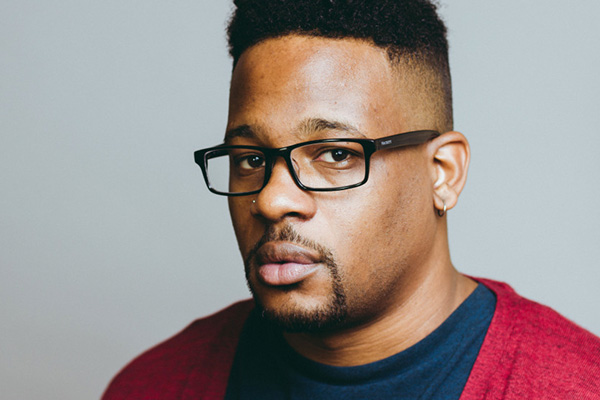 Check out this episode of WPFK’s The Guestlist to hear Open Mike Eagle talk about how he got into the rap game and the importance of pulling back the curtain on the music industry. 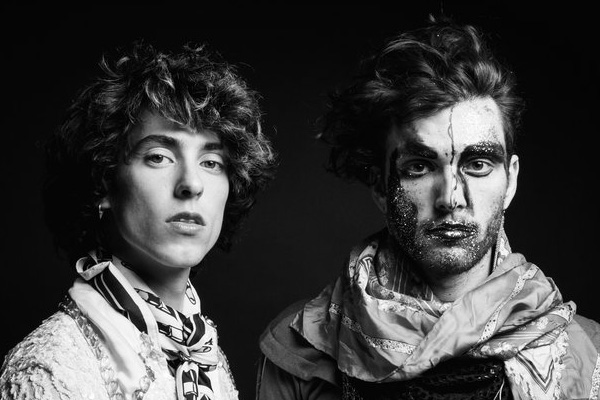 “Having the two members of a guitar-and-drums pop-punk duo switch instruments halfway through a set might qualify as unexpected. But with Liv Bruce and Ben Hopkins — the two members of the Brooklyn-based band PWR BTTM — you come to expect the unexpected; or, if not the unexpected, a kind of charming impropriety when faced with norms. Case in point: In a statement about “Projection,” the band’s latest single, Hopkins says the song is about “throwing a shiny, glorious middle finger to those who doubt you.” The gesture could come across as a crass punk cliche, but it’s too glamorous, too fun, to feel boring or insulting. Because that’s the level that PWR BTTM operates on: a Trojan horse infiltrating rock stereotypes with inclusive, campy identity politics. No matter who you are, you feel like you’re in on the joke.” — via NPR

Read the rest of the feature HERE, or listen to “Projection” below. 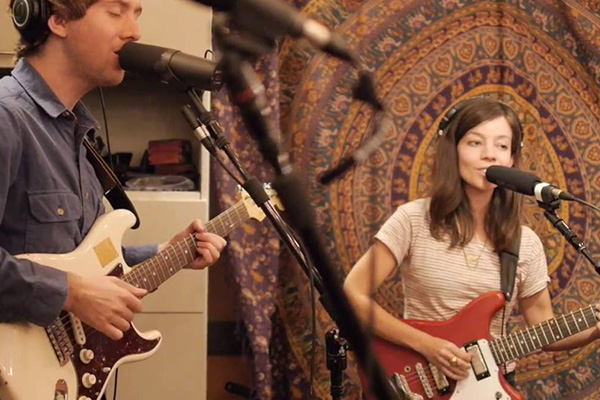 Watch Quilt perform “Hissing My Plea” and “Padova” live in the BIRN studios in the clip below! 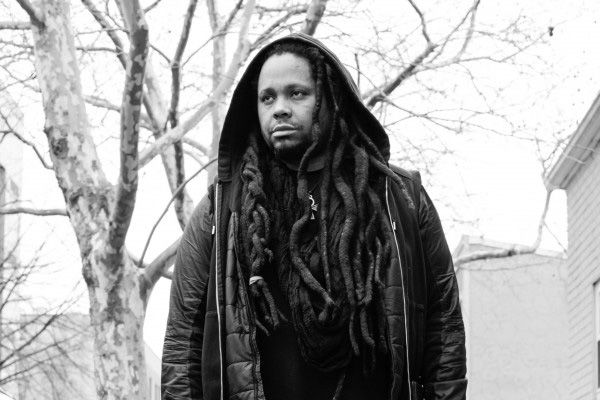 “One of the ironies about the recent “outsider house” wave—a faddish piece of dance music terminology to describe any club music that is self-consciously lo-fi or rhythmically off-kilter—is that its practitioners, being mostly straight white males, were rather more insider than those who built house music in the first place. You could not accuse Jamal Moss of this. The music Moss produces as Hieroglyphic Being—and under a variety of pseudonyms and collaborative ventures including the Sun God or Africans With Mainframes—shares an interest in degraded sonic textures and damaged rhythms. But Moss has genuine outsider credentials. Born in Chicago, he spent a period of the 1980s homeless, traded his TV for a pair of turntables touched by the hands of deep house godfather Ron Hardy, and played his first paying gigs as part of a sound therapy program, spinning records for the physically and mentally disabled. Moss is a direct link back to house mecca the Muzic Box—and through his interest in Afrofuturism, spirituality, and science fiction, his work offers a route forward, too. By and large, Hieroglyphic Being’s music has been a little too roughshod and unusual to trouble the mainstream. But The Disco’s of Imhotep marks Moss’ long-playing debut for Ninja Tune (through their imprint Technicolour), his biggest label yet, and it finds him successfully squaring the circle. It’s his most approachable collection to date while not diluting his music’s signature oddity. Unlike last year’s collaborative LP We Are Not the First, which linked Moss with former Liturgy drummer Greg Fox and members of Sun Ra Arkestra for an improvised ensemble piece, The Disco’s of Imhotep is angled straight at the dancefloor. At its root, it’s four-to-the-floor club music, but of a fluid and organic nature, too wild to be corralled into a Pro Tools grid. Moss calls the style “synth expressionism” or “rhythmic cubism.” — via Pitchfork

Read the rest of the review and hear sound samples by clicking HERE now. 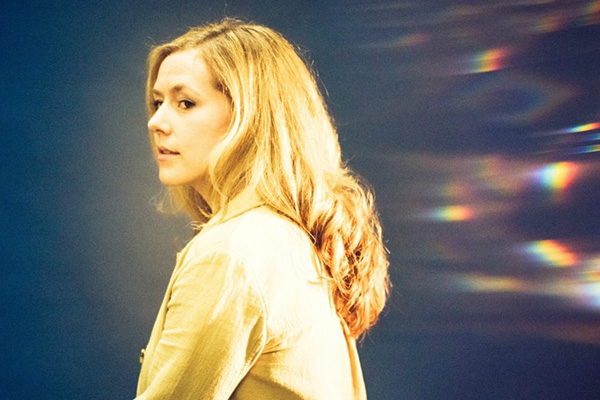 “Springtime Carnivore, the L.A.-based project of singer Greta Morgan, released an impressive self-titled collection of infectious easy rock tunes in 2014. Now she’s back with a new album, Midnight Room, which will be out October 7 on Autumn Tone Records. Premiering today is the first taste of Midnight Room, “Face In The Moon.” It was the first song Morgan finished for the album, she told The FADER in an email, and “was written in a 15-minute flash after a week of lovelorn, sleepless nights watching space conspiracy documentaries and listening to Bruce Springsteen’s Nebraska and R.E.M.’s Murmur.” The effervescent “Face In The Moon” showcases Springtime Carnivore’s Jenny Lewis-meets-Beach House pop folk sound, and is a fitting first single for an album whose energy Morgan says was gleaned from the stars.” — via The Fader

Listen to “Face In The Moon” below!