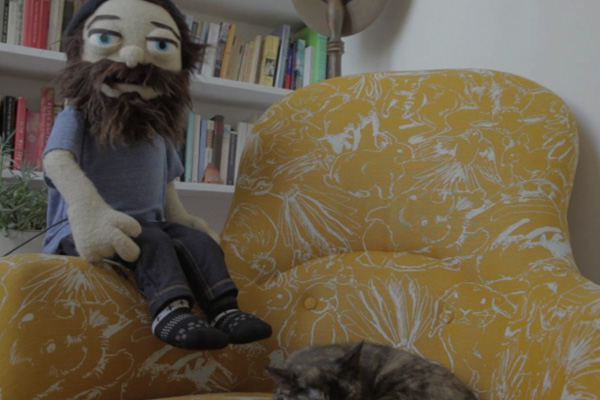 Aesop Rock just dropped a brand new video for “Kirby“, the comically adorable ode to his feline friend, and a fan-favorite off his new album, The Impossible Kid. The video treatment sees Aesop Rock returning to puppet form again, as created by Toben Seymour (the same director behind Hail Mary Mallon’s video for “Whales”). In regards to the characters that appear in the video, Aesop notes, “The role of Kirby is being played by Dina because Kirby wanted way too much money to appear in her own video. Puppet Aesop is also way more agreeable than real Aesop.” Kirby is played here by Dina, who was rescued from the streets of downtown Los Angeles, and has since been adopted and found a forever home. 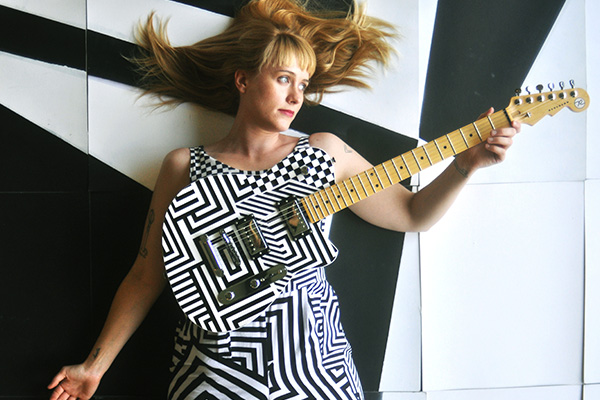 As first reported by the AV Club this morning, Partisan Records is excited to announce the signing of Flock Of Dimes, aka Jenn Wasner (Wye Oak, Dungeonesse), to release her debut LP this year. Baltimore-born, Durham-based Wasner is known for her gorgeous vocals, mesmerizing guitar skills and ability to seamlessly inhabit numerous aesthetic worlds. As Flock Of Dimes, Jenn not only fearlessly experiments with her sound but also her creative vision, and her self-produced debut LP is the culmination of years of development as a songwriter, instrumentalist and producer. The forthcoming album’s aesthetic is tied together by a one-of-a-kind pattern called “Optic Interruption,” created by Baltimore-based textile artist April Camlin. When Reverend Guitars approached Jenn about a signature guitar series, she asked that this pattern be the visual effect. The Reverend JW-1 came to life last week at Summer NAMM and in honor of its reveal, Jenn penned a few words on her relationship to the guitar. She explains how the instrument shaped her life and creative development, why she felt moved to accept Reverend’s signature guitar offer, and the challenges of working within a male-dominated musical landscape.

Read Jenn’s write-up on her signature guitar at MEDIUM now! And, check out a clip from her forthcoming album below! 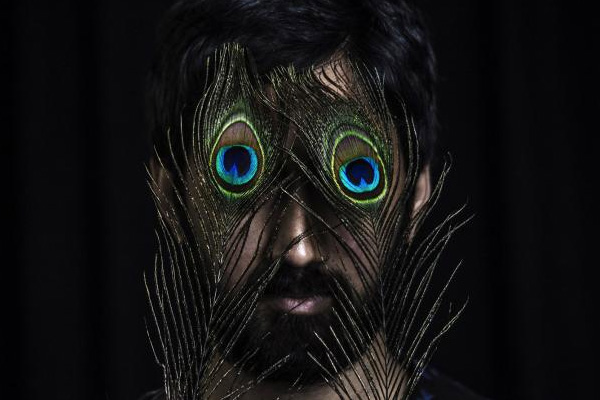 “Sarathy Korwar was born in the US and grew up in Ahmedabad and Chennai in India. Korwar eventually moved to London, where he trained as a classical tabla player under Sanju Sahai and graduated from the School of Oriental and African Studies, where he focused on the adaptation of Indian classical rhythmic material to non-Indian percussion instruments. In London, Korwar made connections with saxophonist Shabaka Hutchings (Sons Of Kemet/The Comet Is Coming) and pianist, bow player and composer Cara Stacey, and he has also worked with clarinettist Arun Ghosh. He soon began to formulate the concept for his debut album, which would necessitate a trip to India to record the Sidi community. In late 2014 Korwar made a successful application to The Steve Reid Foundation, a charitable trust established to honour the name of the late US jazz drummer by assisting young musicians. Korwar’s debut album Day To Day fuses traditional folk music of the Sidi community in India (combining East African, Sufi and Indian influences) with jazz and electronics.” — via The Wire

Listen to a few tracks from the forthcoming ‘Day To Day’ album below! 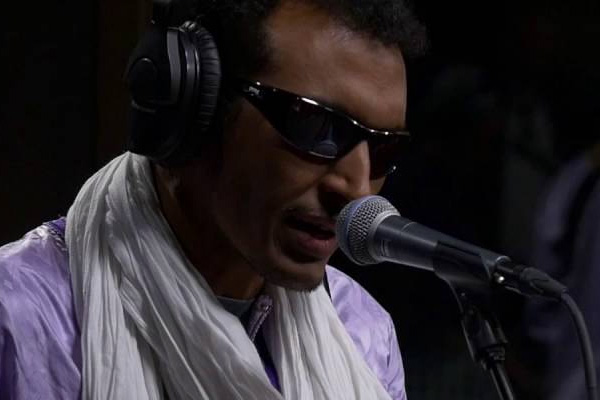 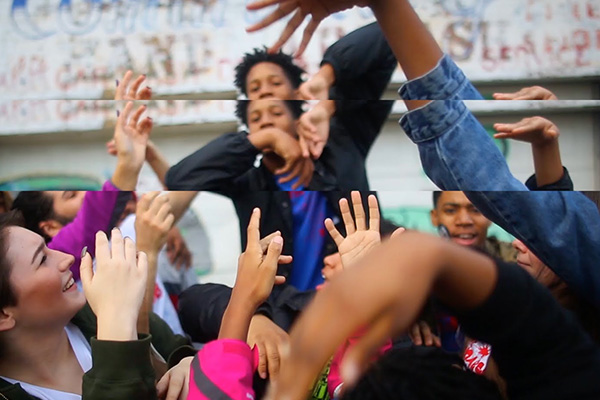 “Bionik explores Chicago’s Juke style in this new trappy release “Do That Dance.” This energetic, fast-paced video features dancers from Chicago’s The Happiness Club and After School Matters programs. He states, “I made this track to make people dance, and so when we decided to do a video, it made perfect sense for me to include dancers from Chicago’s The Happiness Club. I have supported and collaborated with this organization for years. I’ve witnessed the amazing opportunities and artistic outlets THC provides for Chicago youth. Working with the young people in this video and watching them give life to my music was both affirming and invigorating.” The Happiness Club is a group of Chicago kids who sing, dance, rap and create original material for their sensational musical show designed to encourage positive values and social change through the arts.” — via HipHopDX 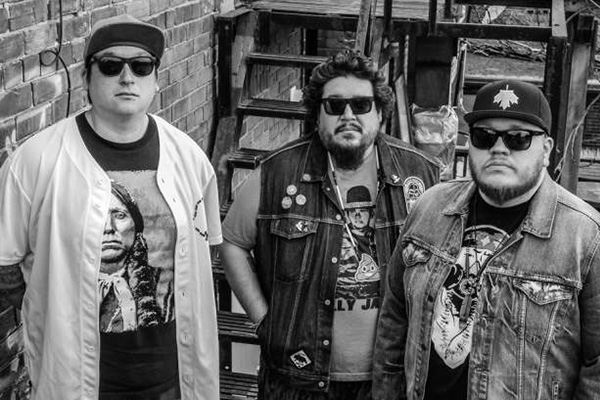 World-renowned native Producer/DJ crew, A Tribe Called Red, is thrilled to share The Manawan Session mini-documentary (produced with the financial assistance of MuchFACT a division of Bell Media Inc.). Filmed in May 2014 on the Manawan First Nations reserve, the film takes viewers through the beginning of Tribe’s album making process, and explains why it is important for the band. The Manawan sessions ended up producing Black Bear’s record, Come and Get Your Love, which was nominated for Aboriginal Album of the Year at the 2016 JUNO Awards.

Watch the mini-doc below! 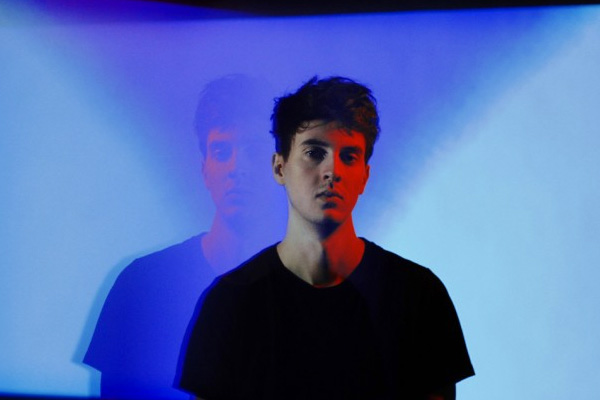 “After putting out an EP and some singles, Roosevelt (aka Marius Lauber) is finally set to release his debut album. It’s self-titled and it comes out August 19 via City Slang/Greco-Roman. It includes his 2015 single “Night Moves,” and we’re premiering a live session video for that song [below]. It’s a stripped-down performance, with Marius playing piano and singing over a drum machine. Like Hot Chip singer Alexis Taylor’s recent solo piano album did for him, this video makes it clearer than ever that underneath the danceable beats and shiny synths, Marius is truly a skilled singer/songwriter.” — via Brooklyn Vegan

Watch “Night Moves (Piano Session)” below, and check out upcoming tour dates, too!