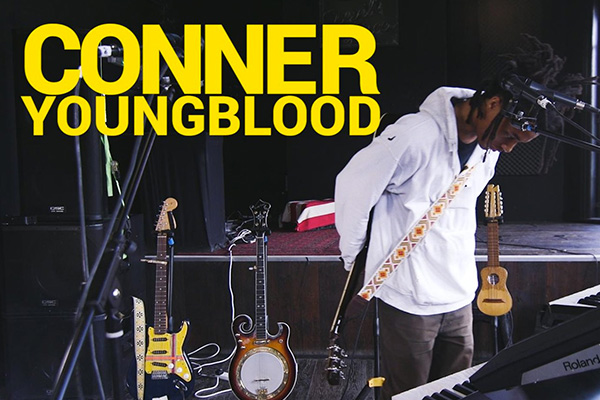 “Nashville-based Conner Youngblood is a curious man. He recently learned Danish because, well, why the heck not? And when he finished touring Europe with Aurora earlier in the year he set off on an expedition around Norway and Iceland, eating bear meat and hanging out with reindeer along the way. There’s also a theme of drifting between places in his music, notably on songs from his The Generation Of Lift EP, which is being re-released by Ninja Tune‘s Counter Records. But it’s not because Youngblood is lost. He’s just trying to find his own sound in his own unique way. “That’s kind of what my whole philosophy has kind of been: like, if you do something awesome, awesome things happen because of it, and you just kind of go along from one thing to the next and follow a path that’s creating itself,” he explained to Vice. “I’m not very good at creating a set of goals and trying to get there – usually I’m just really focused on the exact thing I’m doing, and then when I release that, or put that out into the world, cool things happen because of it.” This happy-go-lucky philosophy seems to be working well for the gifted musician, who kept his talents quiet from friends while studying Amerian Studies at Yale. His songs are pretty yet bold, ambience-strafted songs that mix up – very easily – the alt-folk of Elliot Smith and Sufjan Stevens with hip-hop, electronica, and bluegrass. Don’t bet against a fidgety Youngblood finding further sounds to throw into an already intoxicating brew. But for now, enjoy where he’s at.” — via Redbull

Watch Conner perform “Summer Song” below! Click HERE for more from the session. 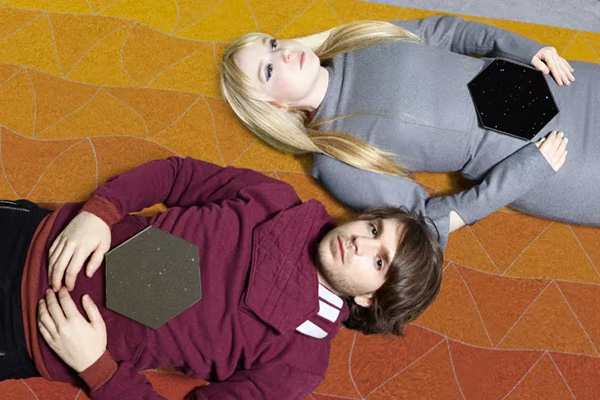 “By incorporating mesmerizing visuals with their gleaming, synth-soaked sound, New York-based indie pop band Corbu has created their own alternate universe. Comprised of Jonathan Graves and his creative partner Amanda, the duo’s upcoming debut album, Crayon Soul, features empowering vocals and luscious synthesizers, making for a shimmering, otherworldly project. Now, with the release of the music video for their new single “Battles,” Corbu takes us on a journey to the very hypnotic, galactic world that they have created. In their new Daniel Cordero-directed animated video, viewers follow the story of a determinant space cadet traveling through celestial galaxies made up of puzzling shapes and alluring lights. Through each galaxy, the cadet faces adversity, until he powerfully makes his ascent in the end. “Crayon Soul is a movie in our heads, not just an album,” said Graves. “This video is a scene from it. Every piece of artwork we make is a snapshot from it. Nothing you see is in order as far as the story, but it’s more fun that way. You have to put the pieces together yourself.” Crayon Soul on August 5 via Big Picnic Records.” — via Nylon

Watch the video for “Battles” below! 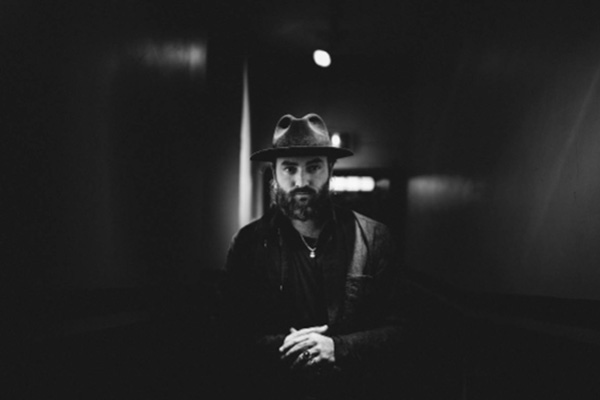 RY X announced the details of his first headline North American tour this fall in support of his debut album Dawn (out now via Loma Vista Recordings). To coincide with the announcement, Ry has unveiled a beautiful video for “Salt”, a song from the new release. Recorded live‬, the song begins with solo plaintive guitar and fragile vocals building to a crescendo of crushing beats and cinematic soundscapes. Ry describes how the 12-track LP came to fruition through a candid process of self-discovery; “I have followed my heart and it has been a beautiful process of building trust with myself, as an artist and person.”

Watch “Salt” below, and check out the tour dates, too! 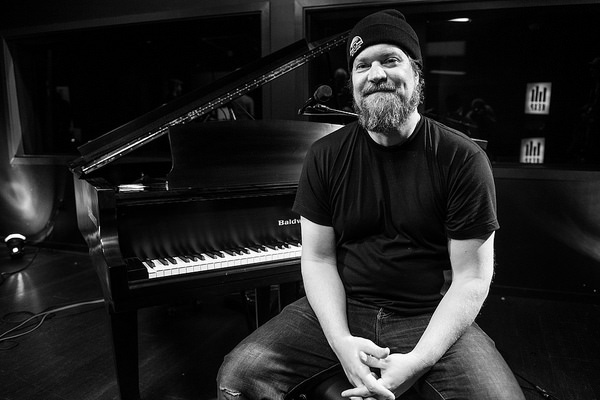 “There’s a lot of things we love about our KEXP New Home, like having the space to house a beautiful baby grand piano (on permanent loan), and then hearing the gorgeous playing of artist John Grant down the hallways, with each chord reverberating and filling our in-studio space with the purest of sound. The same has always been true of Grant’s lyrics, including his latest Grey Tickles, Black Pressure (Bella Union): there’s no filter, no hiding behind distortion — just (as DJ Cheryl Waters keeps pointing out in this in-studio) a pure, resonating honesty. “I think it’s important to be where you are,” Grant explains. “I feel like all these things — the pain, the growing, all that stuff, is part of the deal, so I feel like I’m happy now.” Joined by keyboardist Chris Pemberton and guitarist Petur Hallgrimsson, watch Grant bring it all to this KEXP session, featuring songs from the new LP and his 2010 breakthrough debut album Queen of Denmark.” — KEXP 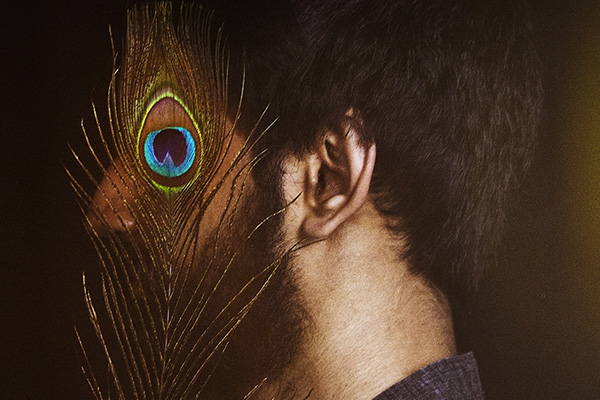 “The young percussionist and composer Sarathy Korwar’s version of jazz is syncretic and historically cumulative — which jazz has always been, if not always so explicitly. Born in America, raised in India, now living in England, Mr. Korwar has just this week released “Day to Day,” a first album packed with ideas. For starters, it’s on Ninja Tune, which is mostly an electronic-music label. It combines his own studies in Hindustani tabla techniques with his immediate context of jazz-playing Londoners, and also with field recordings he recently made in Gujarat among Siddi musicians: Indians descended from the Bantu people of southern Africa. Tracks like “Bismillah” intersect with many points of history and culture: rhythm from India and Africa, the late ’60s modalism of Alice Coltrane and Charles Lloyd, and the radical new ways that more and more jazz bandleaders are conceiving and recording their music. B.R.” — via The New York Times 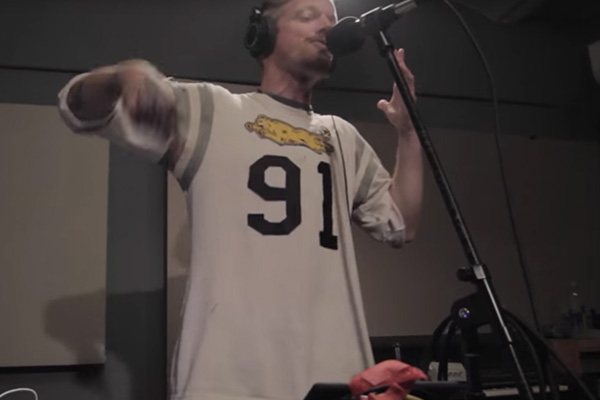 “Astronautalis, aka Andy Bothwell, is a man with a lot on his mind. Let’s start with the basics: he’s a rapper known around the world for his hard-touring, indie/punk ethics living in Minneapolis, Minnesota — a city that’s quickly becoming one of our favorites for music, thanks to the Doomtree and Totally Gross National Product crews, among plenty of other great acts in recent years. And while he’s certainly got the hip-hop chops to destroy any stage, Astronautalis quickly sets himself apart from the crowd by making his deep and passionate love of all genres of music — and especially indie rock — very apparent through conversation or even by checking out his list of collaborators on records. Smart, talented, and quick-witted, Astronautalis is changing the game. He dropped by Serious Business Music in DUMBO to bring some fire with just a laptop and a microphone.” — via BreakThruRadioTV

Watch the performance below, or listen to the entire podcast HERE. 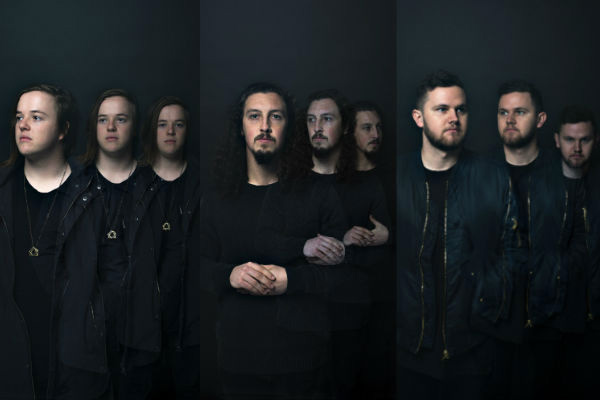 It’s been around a year since SAFIA told triple j their debut album was on the way and ~finally~ the Canberra trio have locked in all the details, along with another headline tour. Internal is the name of SAFIA’s first full-length effort and its out on 9 September (via Parlophone). Vocalist Ben Woolner checked in with Kyran and Gen on Breakfast to show off new single ‘Over You‘, which will feature on the debut alongside previous singles ‘Make Them Wheels Roll‘ and ‘Embracing Me‘. Written and self-produced by SAFIA in their native Canberra and in London, Internal was then by in-demand mixer Eric J Dubowsky, whose worked his magic on LPs from Flume, Flight Facilities, and Chet Faker.

Listen to “Over You” below!