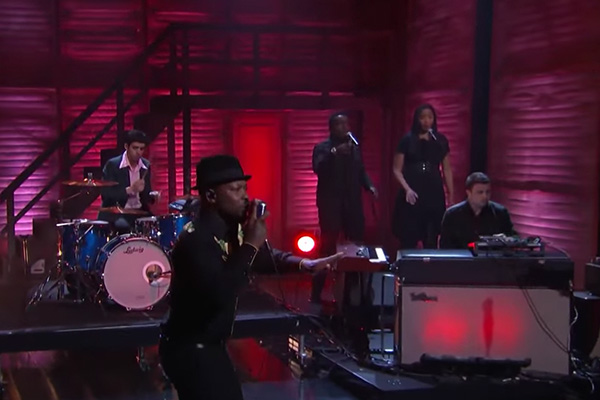 Watch The Heavy perform “Turn Up” from their album ‘Hurt & the Merciless‘ live on Conan below! 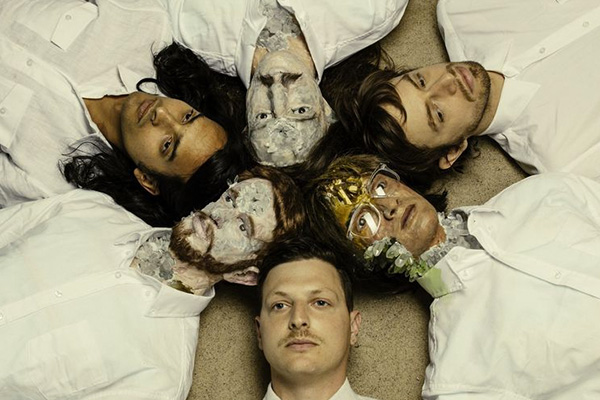 “Since its debut All Hour Cymbals in 2007, Yeasayer has used album releases to reintroduce and reinvent itself. From the baroque electro-pop of 2010’s Odd Blood, to the breezy straightforwardness of 2012’s Fragrant World, the band displays a churning musical curiosity and search for sounds. The band’s latest, Amen & Goodbye, continues in this discontinuous vein, occasionally confounding fans and providing no shortage of experimental cul-de-sacs (hey, they’re called Yeasayer — they say “yea” to everything). But Amen & Goodbye is ultimately a bricolage of the band’s greatest strengths: thoughtful writing, synthesized global sounds, and delightful psychedelic confusion. Yeasayer recorded hours of material to tape in analog fashion, then had drummer and producer Joey Waronker reassemble that material into the jumpy, kaleidoscopic final product. Hear the band perform some of it live, and talk about its latest phase shift.” — via WNYC

Listen to the Yeasayer WNYC studio session below! 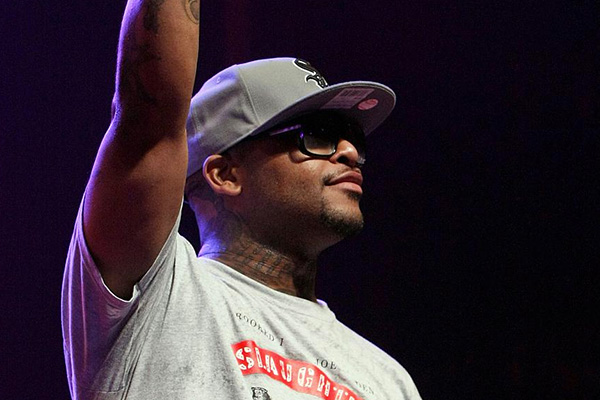 “Detroit Hustles Harder… Or so they say. And today, that hustle paid off big time for Royce Da 5’9″. 20 years into his career, the Detroit rapper finally checked in at the #1 spot on Billboard’s Top R&B/Hip-Hop Albums with his LP Layers, effectively de-throning Rihanna’s ANTI which previously held the spot. “It feels great, like hard work is paying off.” Royce said from a tour stop in Vancouver. “You get out of it what you put into it and I gave it my all and focused on just music.” Layers came out on April 15th , selling 16,749 copies in its first week, and now also sits at #22 on the overall Billboard 200. Royce’s last solo album was 2011′s Success Is Certain, which only peaked at #7 on the R&B/Hip-Hop chart. More recently, in 2014, the rapper released the collaborative PRhyme effort along with DJ Premier, which featured samples of compositions from producer Adrian Younge, which also peaked at #7, but today Royce Da 5’9″ sits on top.” — via Forbes

Read the rest of the piece HERE and check out “Tabernacle” from ‘Layers’ below! 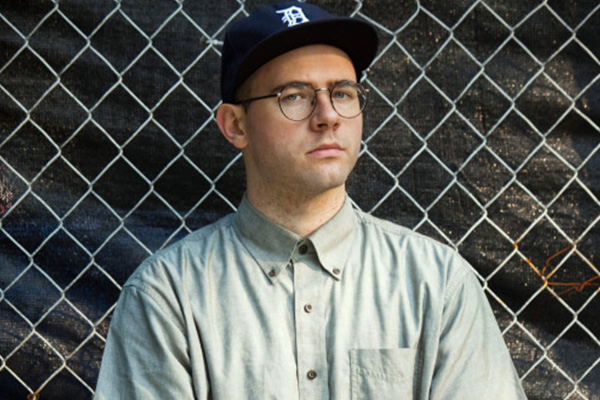 “The vocal samples on “Potential” (Domino), the new album from James Hinton, who records as the Range, were unearthed from low-view-count YouTube videos of relative unknowns and framed within house music, trip-hop, electronic soul and more. Mr. Hinton’s tastes tend toward club-influenced music — especially that of the British persuasion — in which the vocals appear to be floating somewhere above the production: Think the Streets, whose melancholy-amble rapping practically obviated the need for a beat, or James Blake, whose ghostlike singing is like a full immersion in a cloud. On this lovely, elegiac album, Mr. Hinton’s production is lush and precise, but what he’s most effective at is a sort of abstraction filter — these slow-burn songs serve as a way to feel deeply and get lost all at the same time.” — via New York Times

Check out “Florida” from ‘Potential’ below! 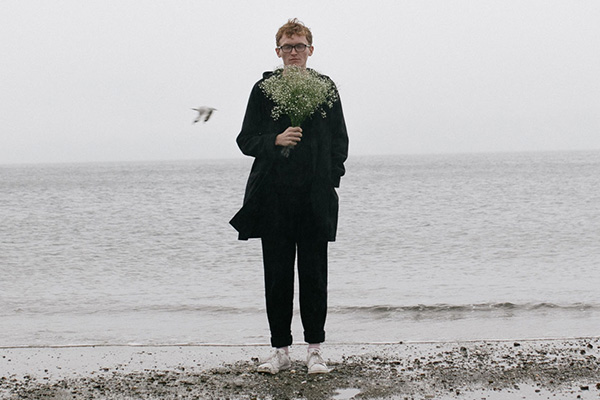 After releasing his debut LP I’ll Forget 17 last month, Lontalius (Eddie Johnston) is back today to share a new video from the project. Shot in his home country, the video for “Kick In The Head” was filmed with an infrared camera that only exposes “the essence of light” which allowed for beautiful and surreal views of the New Zealand landscape. “Kick In The Head” was a standout on the collection of emotional and vulnerable pop songs that made up Lontalius’ debut release. In the short time that he has been making music, Lontalius has gone from making bedroom-pop remixes to making fully developed, raw and relatable love songs; made fans out of fellow New Zealand stars Lorde and Troye Sivan; collaborated with Ty Dolla $ign and Ryan Hemsworth (including releasing several tracks on Hemsworth’s Secret Songs); and garnered praise from fans and press alike.

Check out “Kick In The Head” below! 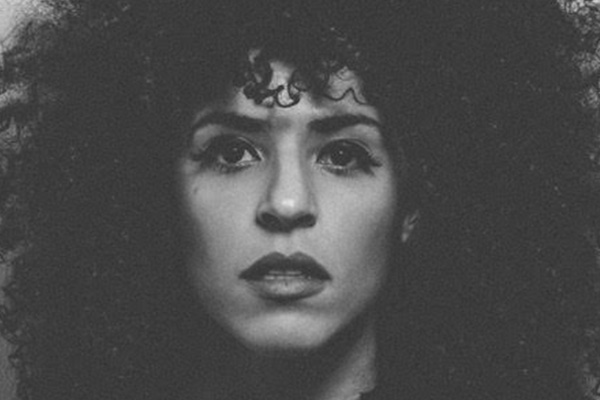 Gavin Turek will be performing at the Bootleg Theater in Los Angeles every Monday this May! Singled out by Spin as one of the top 5 artists to watch in 2015, Gavin has continued her meteoric rise in 2016 with performances alongside Cee Lo and Mayer Hawthorne on the Jimmy Kimmel show, and at Coachella with TOKiMONSTA and Miami Horror.

Mark your calendars and check out “You’re Invited” below, which is a mini-album that she did with TOKiMONSTA last year! 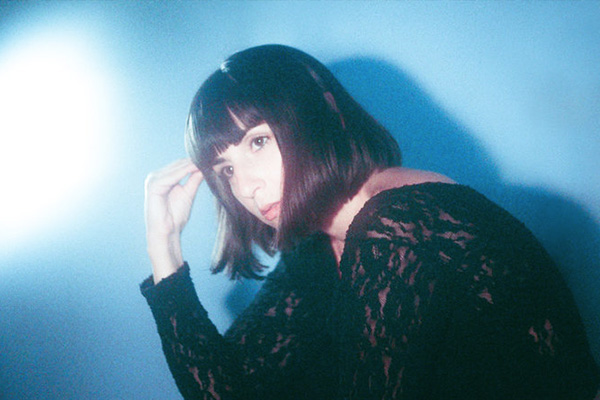 “Ramona Gonzalez operates in the fringe space between pop and everything else. Avoiding the confines of the former led her to leave Secretly Canadian, the label that put out her 2012 album, One Second Of Love, and build a modest recording space in her Los Angeles home. Without the influence of corporate demand, she felt free to explore music in a way that better suited her identity. The “pop” tag that her label and the media had assigned her had proven too limiting for Gonzalez, who’s always performed her Nite Jewel alias as an equalizer between herself and the listener rather than a salable object of desire. The songs that make up Gonzalez’s latest, self-released effort, Liquid Cool, are streamlined to captivate the ears without concessions to a formula. They’re fascinating, headspace-oriented compositions with poptimist touch tones for hooks, and the freedom Gonzalez found to mix and record as she saw fit permeates the songs’ breezy production.” — via NPR

Check out “Kiss The Screen” below, and read the rest of the write-up on Nite Jewel at NPR by clicking HERE.