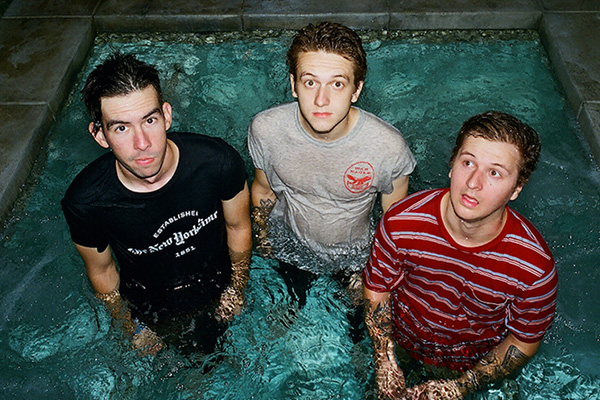 “If you’ve ever wondered what might happen at the intersection of Keith Haring’s artworks and Alfred Hitchcock’s Vertigo, look no further than the music video for “Kids,” a track by self-described “garage-surf-punk mess”… The video (which was made entirely by the San Diego-based three-piece from start to finish) intersperses hand drawn props with found footage to create a visually powerful metaphor for growing up. It presents a nostalgic fever-dream of childhood, with lead singer Mikey Carnevale running away from home and hitting the road with his blow-up doll girlfriend, leaving behind his heartbroken parents (played by bandmates Marc Finn and Richard Dotson). “Marc looks really good as a mom,” Carnevale jokes. Much like the video’s imagery, “Kids” lyrically expresses the familiar need to leave your parents’ home (“Have you ever felt the pressure building in your brain / Growing up is suicide and it’s driving me insane”) as well as the scary reality of trying to make it on your own (“We left our homes at last / I miss my mom and dad”). Carnevale’s grungy vocals combine with wobbly guitar riffs and the frenetic energy of the drums into a sound that is both upbeat and decidedly punk rock—a sound heard throughout The Frights‘ recently released LP You Are Going to Hate This, which was produced by FIDLAR‘s Zac Carper.” — via Interview 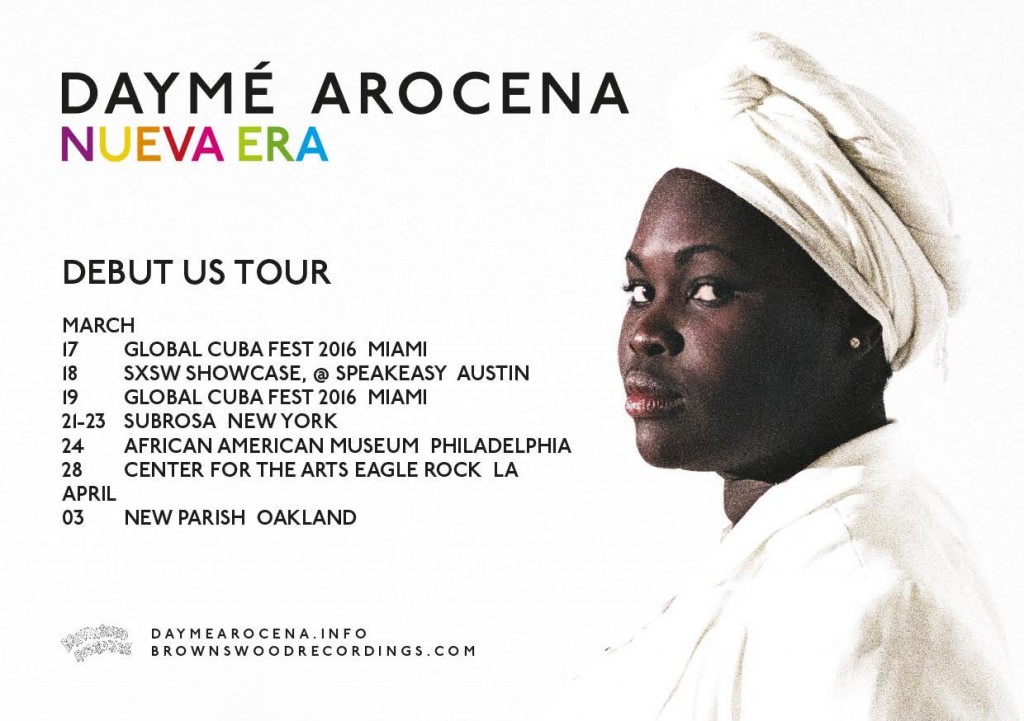 Daymé Arocena is on a brief tour in support of her new album, ‘Nueva Era,’ and she’ll be performing as part of SXSW this Friday! Be sure to catch her there, or at one of the other shows on her tour! 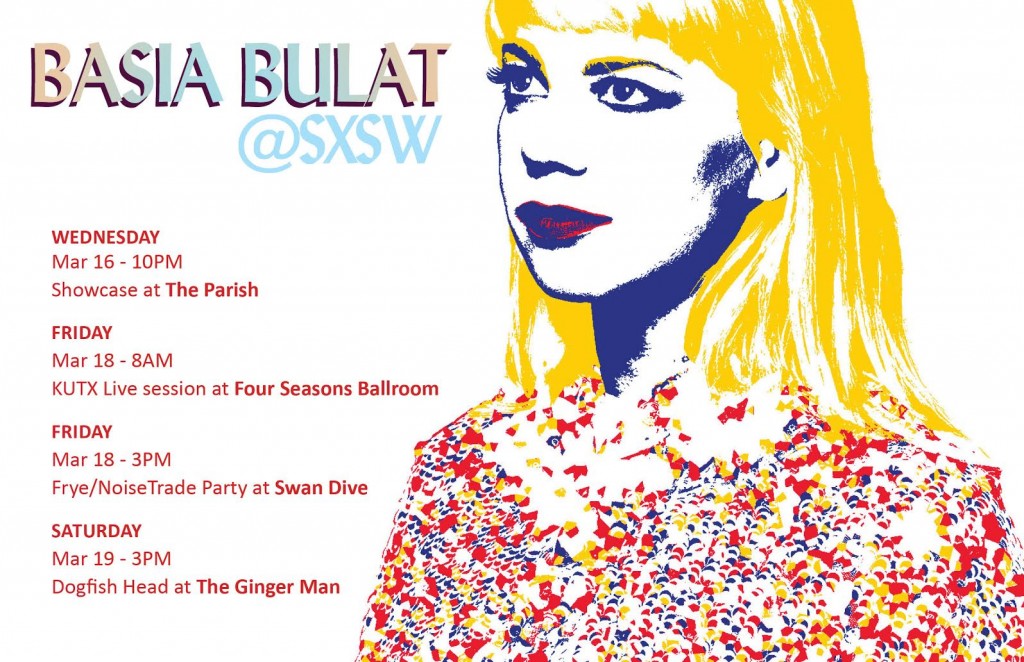 If you’re at SXSW, you need to check out Basia Bulat at one of the performances below! 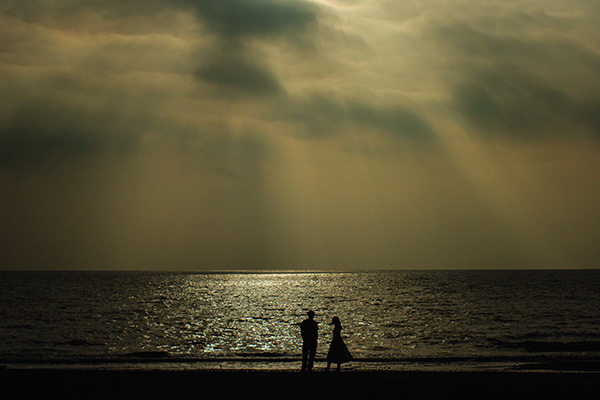 onDeadWaves, who release their debut album this spring on Mute, explain “’Blue Inside’ is essentially about a loss – it’s that moment when you finally come out of the numbness and realize you can actually feel something. The song has a positive message though. It is about moving on, and continuing on the journey.” Blue Inside’s video was directed by Lukasz Pytlik, who also directed the band’s video for “Blackbird.” onDeadWaves launched their debut track, “Blackbird,” at the end of 2015. Q said “… a world of smeared mascara and trailer-park heartache, there’s something wonderfully cinematic about this debut single.” While The Guardian wrote “’Blackbird,’ their debut single, somehow nods to both shoegaze and country, with a David Lynchian creepiness to both music and lyrics.” 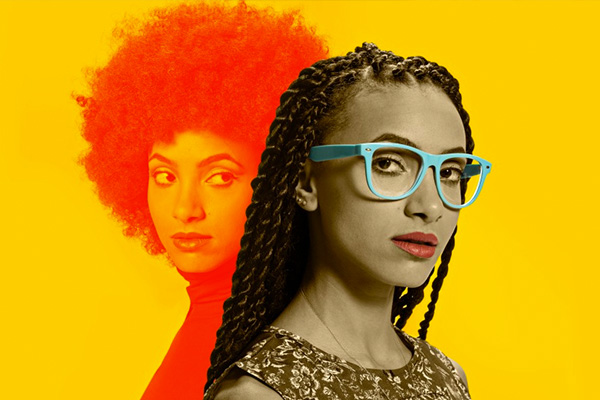 “Fulfilling the performance-art vision of her spirit-muse Emily, Esperanza Spalding played the music of her new album Emily’s D+Evolution in concert at BRIC House in Brooklyn, N.Y. on Thursday, March 3. WFUV and NPR Music presented a live video webstream of the performance as part of the First Listen Live series. Emily’s D+Evolution marks a new sound for Spalding. Here, she picks up the electric bass (and occasionally the piano) and surrounds herself with a power trio of electric guitar and drums — a louder, proggier, weirder funk-rock direction for the jazz-trained bassist and vocalist. It’s part of a broad theatrical vision for the character Emily, inspired by broad philosophical musings on resourcefulness and the nature of progress. On stage, she was surrounded by choreographed routines, a marionette closet and three backup singers dressed all in yellow.” — via WFUV

Watch the full performance below! 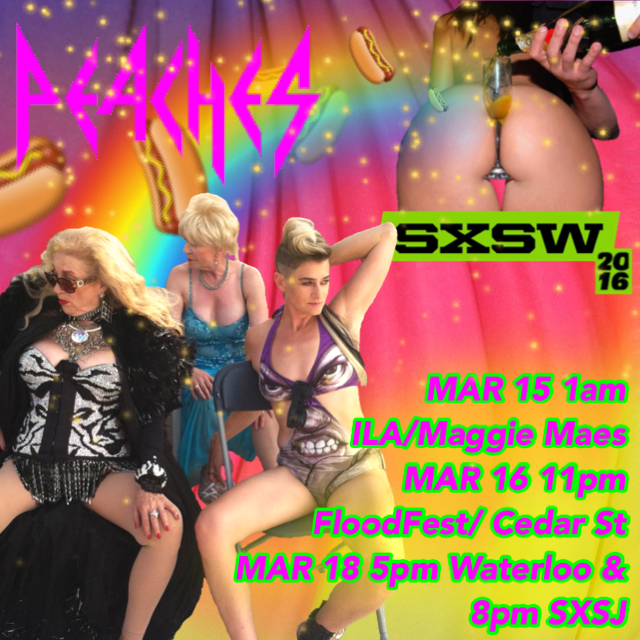 Peaches is set to take Austin by storm this year with three performances at SXSW! Check out the times and dates above or below! 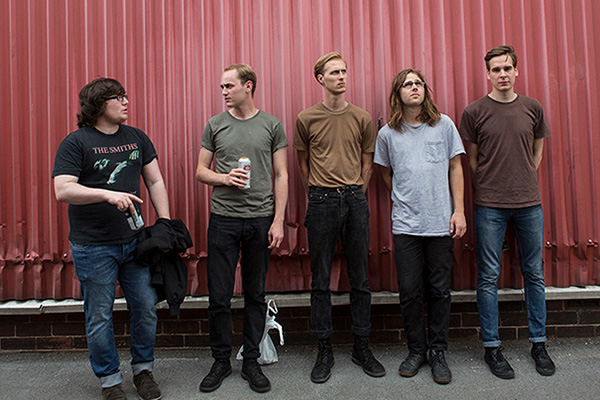 “We love the fucking Eagulls! You’ll never want to change the channel when KEXP is playing Eagulls. Of course, we’re talking “gull” Eagulls, as in the British band. On the release of their self-titled debut, just over two years ago, Eagulls landed in KEXP’s heavy rotation, thrilling us with their darkly aggressive post-punk sound. Songs like “Tough Luck”, “Possessed” and “Nerve Endings” buzzed and sawed ferociously while somehow still maintaining their buoyant pop hooks. While those songs referred rather directly to predecessors like Echo & The Bunnymen, My Bloody Valentine and Bauhaus (respectively), an edgy punk paranoia pervaded them all. But from the two new songs we’ve heard so far – “Lemontrees” and “My Life in Rewind” – their soon to be released sophomore LP, Ullages, looks to find Eagulls diving further into the glimmering depths of early new wave, with classic 4AD bands and The Cure, circa Pornography and The Top, making easy reference points.

Today’s featured song, “Skipping”, further defines Ullages‘ more melodic intent, though it’s no less potent than any song they’ve written so far. As on all these songs so far, bassist Tom Kelly immediately propels the song forward, fueled further by drummer Henry Ruddell’s driving beats. Guitarists Mark Goldsworthy and Liam Matthews chime as much as buzz their way through the melodies, forming a gauzy haze rather than a barbed one (though I’d still watch my fingers here!). And vocalist George Mitchell no longer strangles his words but loudly, and lyrically, laments like a young Robert Smith. If the primary fear conveyed in “Skipping” is not sounding like a broken record, then Eagulls certainly have avoided that with their forthcoming LP. Though Ullages may be named for a term that refers to an item’s contents that are missing, the album is clearly brimming with a reinvigorated sound.” — via KEXP

Check out the track below!