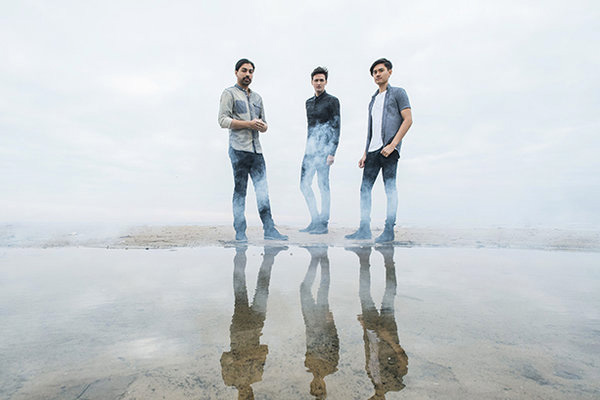 “Chicago trio Autograf is taking art off the walls and into their music. The live act has employed a unique approach to their productions by pairing them with physical paintings. Billboard is exclusively premiering “Future Soup,” the title track off their newly announced debut EP. The group released their first original, “Dream,” approximately 10 months ago and it has since tallied over six million streams. With the outfit’s forthcoming release being a larger body of work, they say, “it’s more gratifying… It lets you tell a story to take the listener or viewer on a journey, in a similar vein to what an art series or live set would do.” “Future Soup is our calling to everyone to weave their own story, to make their own metaphorical art series, whatever that may be,” they add. The Future Soup EP is set to be released independently on March 11. Autograf is currently on their headlining tour across North America and can be seen at the dates below.” — via Billboard

Check out “Future Soup” and tour dates below! 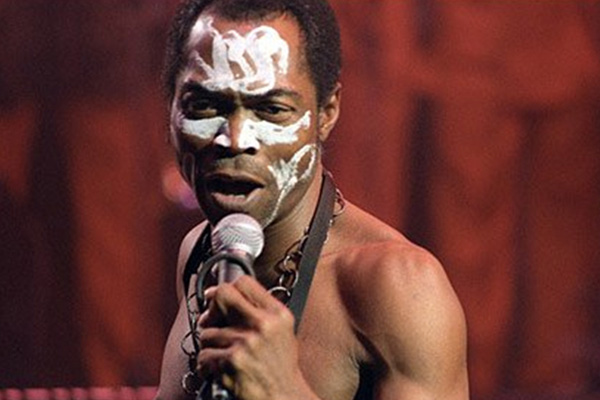 Fela Ransome Kuti is best known as the revolutionary pioneer of Afrobeat music. Born in 1938, Kuti spent his life as a trailblazer creating incendiary music and furthering radical politics. At the beginning of his musical career in the early ’60s, Kuti formed his first band, Koola Lobitos. Koola Lobitos were the first expression of Kuti’s incredible talent, the start of his musical evolution that led to the Afrobeat movement. As such, Knitting Factory Records is reissuing Highlife-Jazz and Afro-Soul (1963-1969), a collection of recordings that provide unique insight into the beginnings of Kuti’s craft. This three-disc set lays bare Kuti’s genius experimentation, honing his instincts while trying out new styles and combinations.

The musical style called Highlife first started in Ghana in the early part of the 20th century and spread throughout West Africa over several decades. Highlife melds elements of traditional African music and Jazz into an upbeat, danceable genre. One could understand Kuti’s attraction to the mix of Jazz structures, syncopated guitar lines and off-beat drums.

Check out “It’d Highlife Time” below! 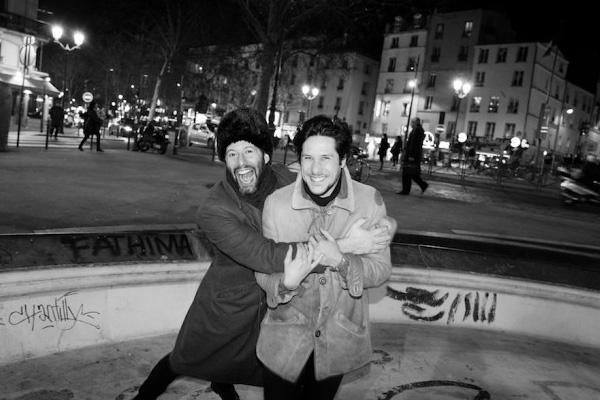 “Musician Adán Jodorowsky may be the son of storied director Alejandro Jodorowsky — rumor has it that George Harrison gave him his first guitar lessons — but he also helms his own synthpop project Adanowsky; and now, he and his good friend Xavi Polycarpe, keyboardist of guitar-slanging rock outfit Gush, have teamed up for Adan & Xavi Y Los Imanes, a ten-song LP set to be released February 26 via Everloving Records. On this album the Paris native (although the former frequents Mexico City), they’re joined by by Xavi’s brother Edouard, who plays bass, and Gush’s drummer Julien Boye. Recorded in a French countryside estate, the LP’s lead singles, “Fuera El Dolor” and the Rod Stewart-reminiscent “Heartbeat,” are as enchanting as their locale; and each has a charming back story.” — via Spin

Check out “Fuera El Dolor” and “Heartbeat” below! 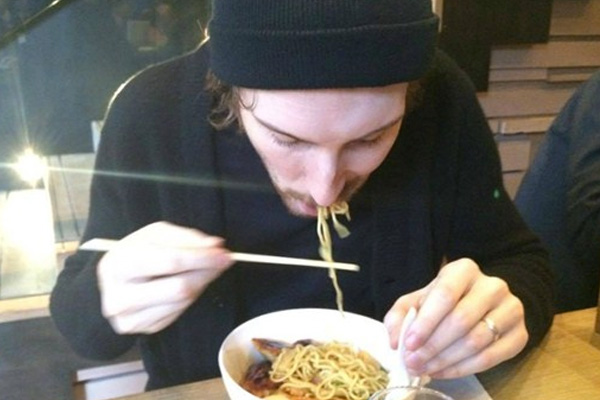 “Aidan Knight is having ramen for the second day in a row. The Vancouver singer-songwriter is in Toronto to promote his upcoming third album, Each Other, and while he was aware that this interview would be taking place at celebrity chef David Chang’s Momofuku Noodle Bar location in Toronto, he went ahead and slurped up a bowl of warm, brothy Japanese noodles the night before anyway.” — via CBC

Click HERE to read the full interview with Aidan, or check out “The Arp” from his newly released ‘Each Other’ below. 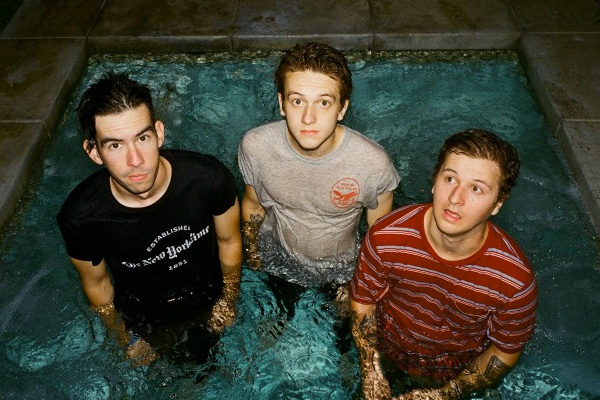 “San Diego surf-garage-punk rock trio the Frights have partnered with AltPress to exclusively stream their upcoming album, You Are Going To Hate This. The album is set to release Feb.12, providing you with a hormonal mess of powerful rhythms, reverberating riffs and a little bit of throwback ’50s rockabilly references. Digital and physical pre-orders are available on the band’s website.” — via Alternative Press

Check out “You Are Going To Hate This” below, or click HERE to check out the full album stream at Alternative Press. 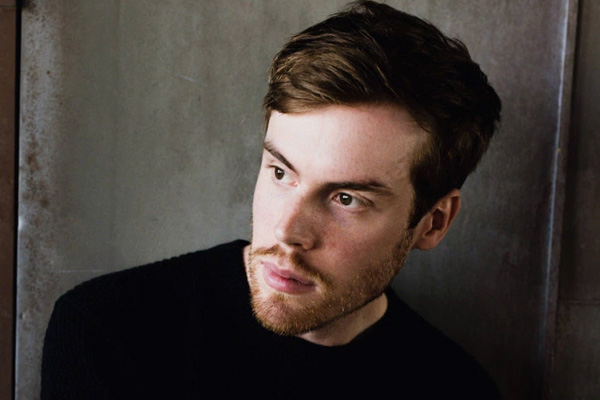 “Life of Pause is the new LP from dream pop songwriter Jack Tatum, aka Wild Nothing, due out next month. The Nocturne follow-up was recorded in Stockholm and Los Angeles, and Thom Monahan (Devendra Banhart, Vetiver) oversaw its production. In a statement, Tatum spoke about the record’s simplicity and sense of reinvention. “I desperately wanted for this to be the kind of record that would displace me,” he said. “There’s definitely a different kind of ‘self’ in the picture this time around. There’s no real love lost, it’s much more a record of coming to terms and defining what it is that you have — your place, your relationships. I view every record as an opportunity to write better songs. At the end of the day it still sounds like me, just new.” Life of Pause has thus far been previewed with the singles “To Know You”, “TV Queen”, and “Reichpop”. Tatum has shared another today, the LP’s title track. “How can we want love?” he posits over blossoming, gossamer synths. ” — via Consequence of Sound

Check out “Life Of Pause” below! 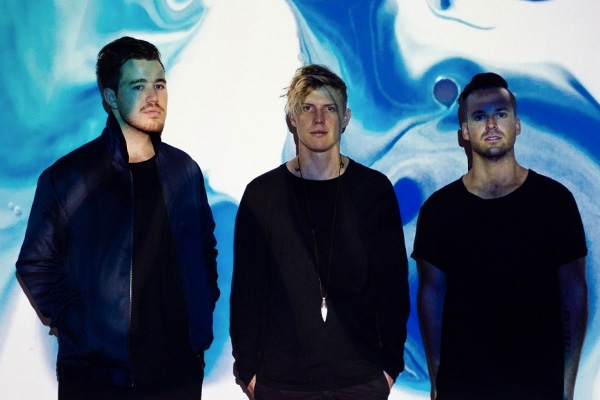 “RÜFÜS DU SOL have unveiled the music video for the fourth single “Say A Prayer For Me” taken from their new album Bloom. The video comes ahead of what is shaping to be a busy year of touring, kicking off in the spring. The video is shot deep in woods overnight with the three of them playing their respective instruments to the smallest crowd they will see all year. They bring their own big production along with a big laser display installed above them that walls them into one enclosed space with more lights and fog on the ground shining on them as they play. The visuals were directed by Toby + Pete, who have done videos for the likes of Disclosure, Flume and Chet Faker. Now we just need a video for the epic “Innerbloom.” RÜFÜS DU SOL are going on tour this spring and summer, hitting Europe in March and then will make their way over to North America for a month of gigs, capped off by two weekends at Coachella. They also have been booked for a supporting slot for Odesza at the beautiful Red Rocks Amphitheatre and a festival show at Firefly.” — via Music Times

Check out the video for “Say A Prayer For Me” below, and scroll down for tour dates.