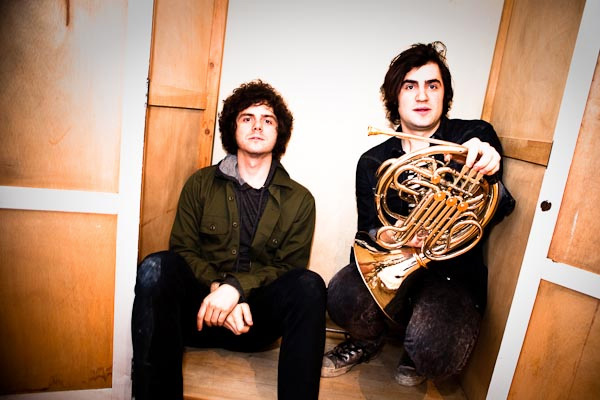 “French Horn Rebellion is about having fun, spreading joy, and saying “hey, it’s OK if you’re weird.” FHR’s big bass, brass and drum indie-dance vibes bring droves of hipsters to the party while the band’s hooky choruses, quirky and engaging musical elements attract band geeks and marching punks the world over! Robert, former member of the Chicago Civic Orchestra, and David, a producer of critic’s darling MGMT and multiple soundtracks, combine their Brooklyn-based brotherly talents and vision to make a truly distinct and modern wall of sound. Fans can call it French Horn Rebellion’s special brand of indie-funk with a reverent pop twist. You could call it “indietronica” or “alt dance,” They’ve simply dubbed it “Next Jack Swing.”” — via KCRW

Click HERE for the exclusive KCRW stream (that includes remixes), or check out the EP in full via the player below. 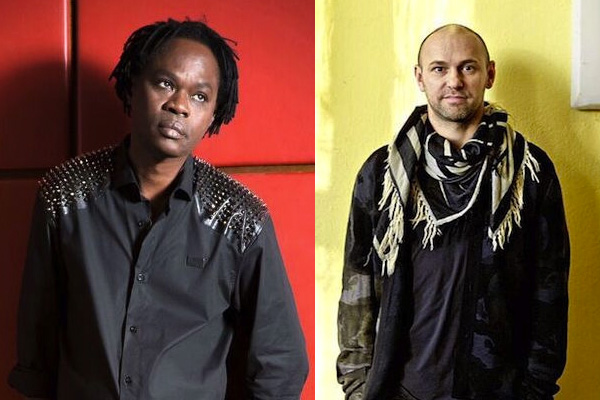 “In January, Senegalese vocalist and guitarist Baaba Maal dropped his 11th studio album, The Traveller, on Palm Recordings. Recorded between London and Senegal, the record is a globetrotting portal into what can happen when traditional African rhythms both coexist and expand on dance-leaning sounds—the latter in this case provided by the album’s producer, Johan Hugo Karlberg, a London-based artist known for his work with The Very Best, another famously genre-hopping group.

For Maal, the album provided another way to connect to the history of his native Fulani people—kicking off with the anthemic “Fulani Rock.” In addition to working with Karlberg, Maal recruited some dancefloor-minded producers to remix the title track including Lit City Trax’ DJ Spoko, who recently suffered some unfortunate health issues, and is known for his self-styled “bacardi house,” as well as a remix by Berlin house artist Henrik Schwarz.” — via THUMP

Read the full feature HERE and check out the remix below! 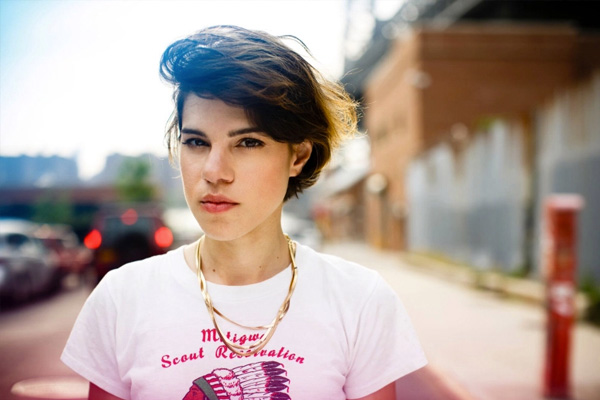 “It wasn’t so long ago that Monika Christodoulou was fronting indie bands in her hometown of Athens, Greece, hoping for her big break. That break eventually came in the form of a chance meeting with Homer Steinweiss of the Dap-Kings and Menahan Street Band, who greeted Monika when she knocked on the door of Dunham Sounds Studios in Brooklyn back in 2012. The rest, as they say, is history. With Steinweiss as her mentor, Monika recorded her international debut album Secret in the Dark, infusing it with an infectious blend of disco and art-pop. That blend can definitely be heard on The Juan MacLean’s remix of the title track and lead single, which will have you pining for the days when disco dominated the charts. “Ιt really felt like I was listening to an old-school disco edit,” says Monika of the first time she heard the remix. “I loved how Juan kept his remix approach close to the original song, but gave it a massive NYC disco twist.” Along with the remix, Monika has announced a string of upcoming tour dates in the U.S. and Europe, which you can check out below. But first, listen in to “Secret In The Dark (Juan MacLean Remix)” and be sure there’s a rug to cut nearby.” — via Consequence of Sound

Listen to the remix below! 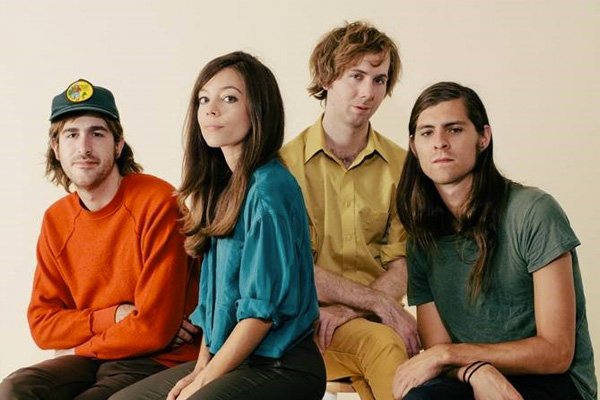 Boston band, Quilt, recently stopped by the TuneIn studios to record a half hour interview session there. Listen in as they discuss the process of making their new album, ‘Plaza‘. 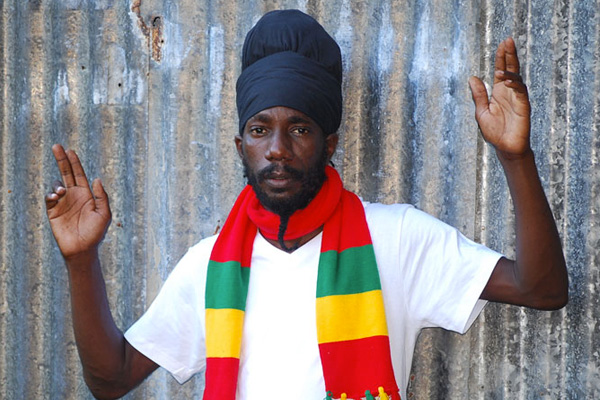 Proteje makes a brief appearance in this new PUMA advertisement, where Usain Bolt has a Groundhog Day type experience.

Watch the clip below, and check out his upcoming North American tour dates! 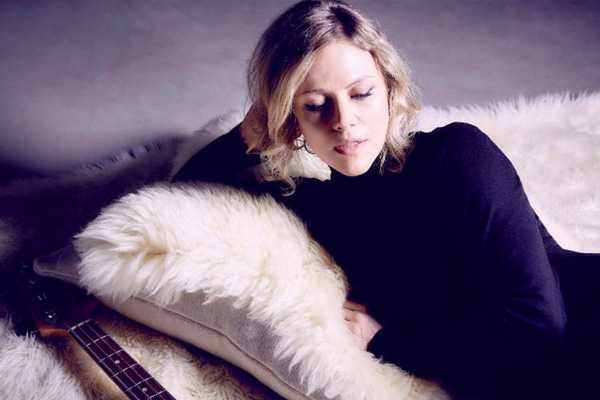 “On the heels of last year’s Luna reunion, Britta Phillips is set to release her first solo full-length Luck Or Magic this spring. Today she shares the album’s lead single, a cover of Evie Sands’ 1969 track “One Fine Summer Morning.” Exploring the desirable allure of spending time alone with another person, the song evokes a feeling of serenity through Phillips’ romantic voice and the sound of her nylon acoustic guitar. It feels blissful, like the promise of endless possibilities at the dawn of a summer day. Luck Or Magic has been in the works since 2012, when electronic music pioneer Scott Hardkiss came to Phillips with the idea. Between projects, the two began working together, Phillips recording vocals and piano and Hardkiss remixing the tracks. After a year of collaboration, shockingly in March 2013 Hardkiss passed away at age 43. Finding it difficult to carry on the project, Phillips took on a number of other ventures before continuing her solo work. With time, though, she began writing again and finished the album with producer/mixer Eric Broucek, who previously worked with LCD Soundsystem and Eleanor Friedberger. Now complete, her album consists of five original songs and five covers, each exploring love and desire through different personas. A lyric fragment that stood out to her, the title Luck Or Magic relates to Phillips’ experiences in both love and music. At a young age she moved to New York in hopes of becoming a musician, but only found a spark of magic until she met Dean Wareham, her husband and bandmate in Luna and Dean & Britta.” — via Stereogum

Listen to “One Fine Summer Morning” below! 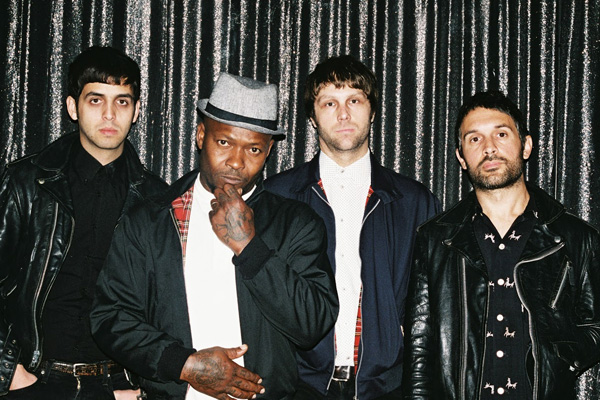 “In the Heavy‘s video for their new single “Since You Been Gone,” the British soul band look into the dark side of relationships. “It’s about toxicity,” says the Heavy’s frontman Kelv Swaby. “Toxicity that is within all of our lives – and how we deal with it.” The video premieres on Speakeasy today. The four-minute clip features British actors Thomas Turgoose (“This Is England”) and Abigail Hardingham (“Nina Forever”), where viewers see them struggling with each other and some tough moral choices that pop up when they are apart. The scenes are interspersed with color shots and black and white, which Swaby says has an implicit meaning. “Since You Been Gone” comes from the band’s upcoming album “Hurt & the Merciless,” due out April 1. The 12-song set was recorded near the band’s hometown of Bath, England, and finds the group exploring darker themes this time around. “We played all of the tracks through a lot before we put them down, which was a new thing for us to do,” Swaby says.” — via Wall Street Journal

Watch “Since You Been Gone” below!