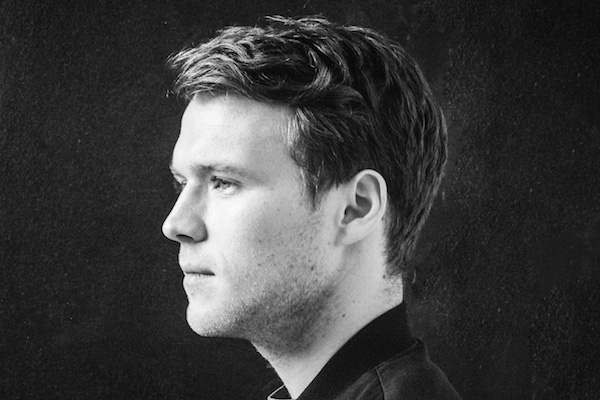 “For his latest release, Tourist—aka London-based electronic artist William Phillips, known for his Grammy Award-winning collaboration with singer-songwriter Sam Smith—enlisted art directors Davy Evans and Jason Drew to create a twisted visual metaphor, an “abstract story of the decay and breakup of a relationship and its eventual rekindling.” Having created visuals for artists including The XX (Evans) and Thom Yorke (Drew), the directors envisioned a minimal CGI still life that bleeds and blends to kaleidoscopic effect. “Black liquid (the breakup), meets color and finally neon explosions (the rekindling).”” — via Nowness

Watch “To Have You Back” below! 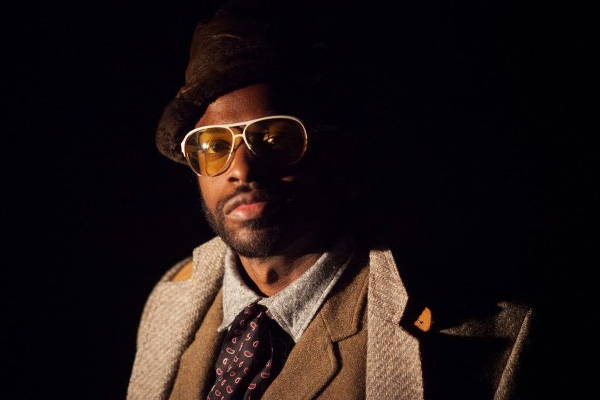 “For most of his career as an artist, composer, multi-instrumentalist, and band leader, Adrian Younge has devoted himself to a particular brand of soul, heavily indebted to the blaxploitation sounds of the early ’70s, starting with his soundtrack to 2009’s Black Dynamite—a theatrically-released spoof of the genre. While the movie was a sendup of the tropes of all things superfly and jive, the soundtrack was an earnest homage, full of wah-wah’s, the vibes and echoes of Curtis Mayfield, Isaac Hayes, James Brown, and 24-Carat Black. His next effort, 2011’s Something About April (presented by his band, Venice Dawn) was also a soundtrack. Though it was full of psychedelic, trippy funk, doo-wop, and rhapsodic horns, it also called in the talents of the Funk Brothers’ guitarist Dennis Coffey and Italian cinematic funkateers Calibro 35, and incorporated lessons learned from studying Ennio Morricone, resulting in a project that was more tender and nuanced. But the film—about a love affair between a young interracial couple in the ’60s—did not exist, and the album brought to the fore Younge’s “extreme obsession” (his own words) with the soundtrack format.
Something About April II represents a return to this love for Younge, who masterminded two audio stories of Shaolin soul fronted by Ghostface Killah (Twelve Reasons to Die and its sequel), as well as projects with Souls of Mischief and the Delfonics in recent years.Where Adrian Younge Presents the Delfonics showcased what Younge was capable of as a producer when aided by strong songwriters, April II highlights his accomplishment on his own terms. For all of his leanings on history and reverence for the musical past, Younge has always been a child of hip-hop. The first April record was crafted by someone clearly in love with breakbeats and seemed to aspire to become new sources for crate diggers. (Tellingly, that album was used as source material twice on Jay Z‘s Magna Carta Holy Grail—”Picasso Baby” and “Heaven”—and Younge’s compositions provided the samples for DJ Premier‘s and Royce da 5’9″‘s PRhyme album.) But on Something About April II, Younge emerges as someone more interested in creating new classics than new samples.”

Check out a remix of “Hands of God (ft. RZA, Karolina, and Laetitia Sadier)” below! 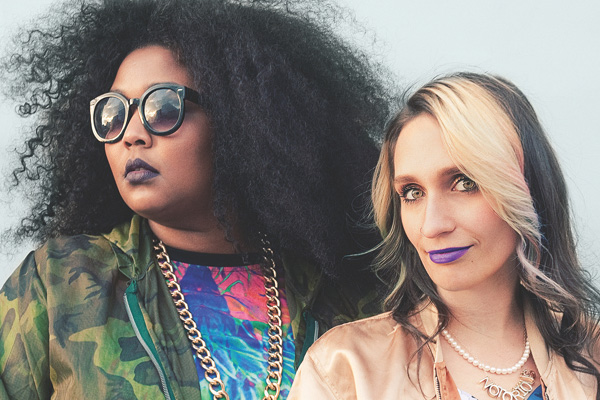 “Speedy Ortiz’s Sadie Dupuis, under her new pop alias Sad13, has teamed up with Lizzo on a new song called “Basement Queens.” The track, produced by Computer Magic, was created as part of a project sponsored by Google Docs. Listen to the track on Google Play, and watch behind-the-scenes footage of the collaboration below.” — via http://pitchfork.com/news/63043-speedy-ortizs-sadie-dupuis-sad13-and-lizzo-team-up-for-basement-queens/

Behind the scenes footage from this collaboration is available below!
Click HERE to hear the final track. 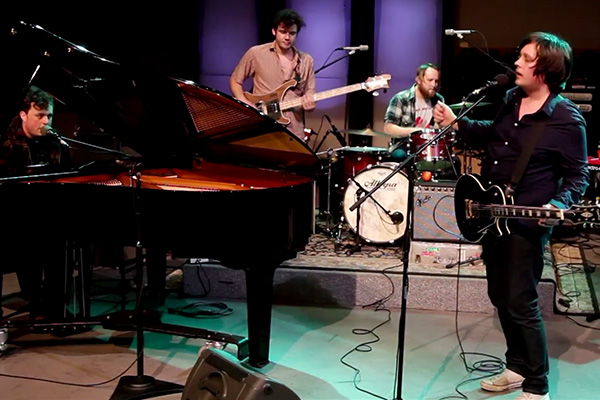 “One of Portland’s best up and coming bands The Domestics began in 2013 behind the core duo of pianist/singer Michael Finn and guitarist/singer Leo London. Expanded to a quintet with Kyle Moderhak, Matt Moore and Brad Norton, last year the group released their debut album, The Domestics. The record’s first single, “American Drag,” has been a frequent play on opbmusic much of the last year. The band also placed took home second place in the 2015 Willamette Week “Best New Band” poll.” — via OPB

Listen to the session below, or click HERE to watch the performance on VuHaus. 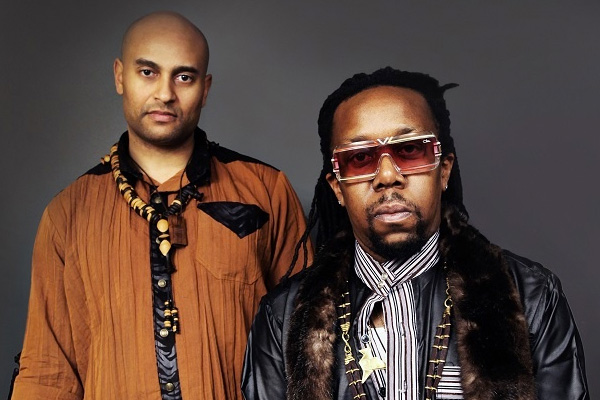 “Chimurenga Renaissance is the duo of Shabazz Palaces collaborator Tendai Maraire and guitarist Hussein Kalonji, a Zimbabwean American and a Congolese American merging the music of their respective cultures with hip-hop values and innovative electronic sounds. Today the group unveils “Girlz with Gunz,” the opening salvo from the forthcoming EP of the same name, out February 5 on Glitterbeat Records. “Girlz with Gunz” celebrates the strength and verve of African women through history over a blissed out bounce culled from clattering drums, snaking keys, bursts of soulful guitar, and a chorus courtesy of singer Moon. It’s the sound of joy teased out of pain, of success rising up from sacrifice.” — via Noisey

Check out “Girlz With Gunz” below! 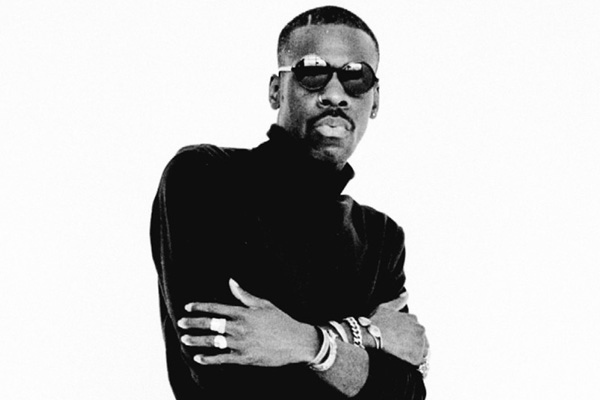 “Jamil Rashad—nom de funk Boulevards—cranked out a relentless four-on-the-floor funk groove on his self-titled EP last year, earning him a spot on our Favorite Songs of 2015 list. Our appetites were so thoroughly whetted that we included his debut full-length among our Most Anticipated Records of 2016 last week despite not knowing anything about it other than the fact of its existence. And then, as if the funk gods themselves could hear the force of our dancing from up in the mothership, we were given some excellent news: Boulevards’ debut LP will be called Groove! (appropriately enough) and it will hit stores on April 1 via Captured Tracks.

As if that’s not enough, we’re also thrilled to be premiering the album’s lead single, “Cold Call.” It’s a particularly slinky take from Rashad, sashaying as it does around a falling synth line reminiscent of Bowie circa “Let’s Dance” or Prince’s self-titled record. It’s a slight change of pace from the frenetic pace of the EP, whose twelve minutes skirted by even more quickly than their runtime would suggest. Rashad luxuriates in a nest of rhythms and flashing percussion here as he dials up a potential lover, but after he actually gets her on the line for a brief chat (“It’s a beautiful day, right? I’ll bet you look good.”), the song slides into a mournful sax line and that tag—“I’m sorry for the cold call, but you’ve got everything I need, baby”—starts to sound like an actual apology. Looks like our R&B singers need to find a new pickup method.” — via FLOOD

Check out “Cold Call” below!

Watch as LA-based DJ, Monalisa, talks about her love of vinyl with Crate Diggers host Anthony Valadez at the world’s largest independent record store, Amoeba Music this week! Don’t miss her on the season finale of the show this Monday, January 25, at 11:45 EST/10:45CST on FM!

Check out a teaser clip from the episode below!