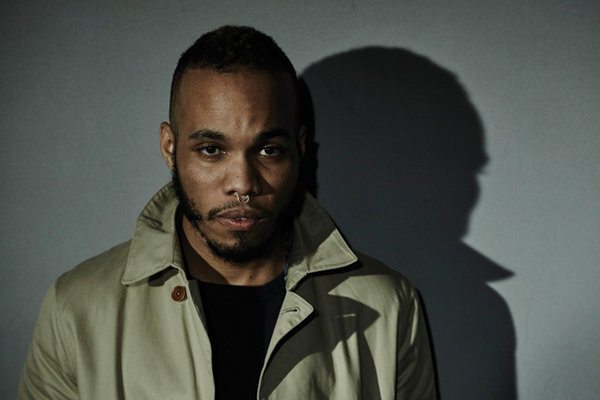 “The West Coast continues to be a breeding ground for talent. Though decorated with household names like Snoop Dogg, Eminem, Ice Cube and Kendrick Lamar, Dr. Dre showed California so much love with his comeback album Compton, a companion to the blockbuster N.W.A film Straight Outta Compton. Poke around the credits of Dre’s set, though, and a flurry of rising acts joined the bill, including Oxnard, Calif. native, Anderson .Paak.

After rolling out his 2014 debut Venice and teaming with production duo Blended Babies earlier this year for The Anderson .Paak EP, the soulful singer-songwriter is dropping his second full-length effort called Malibu via OBE, Steel Wool Entertainment and ArtClub International. The forthcoming LP — whose wavy artwork can be seen below — hosts .Paak’s latest two singles, “The Season/ Carry Me” and the 9th Wonder-produced “Am I Wrong” featuring ScHoolboy Q.

For the uninitiated, .Paak was raised a Southern Baptist in L.A. who spent his early underground career as Breezy Lovejoy, rolling out independent projects like 2010’s Violets Are Blue. His experimental sound genre-hops from hip-hop to rock to R&B and shows a knack for storytelling (see: the dark banger “Milk N’ Honey,” the funky jam “Luh You” and the smooth love note to Venice “The City”).

Check out “Milk N’ Honey” from Anderson’s first album below! 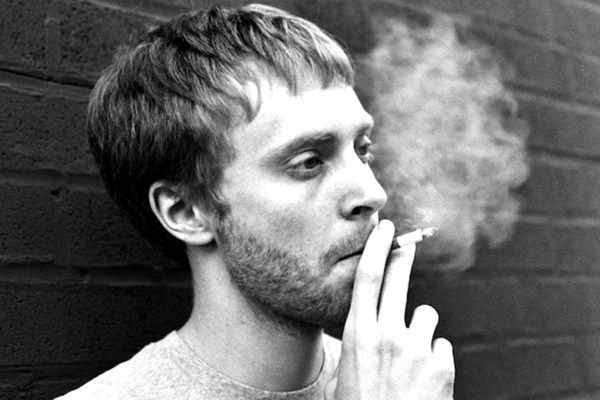 FaltyDL has released yet another 12-inch on Ninja Tune! Titled “Visceral”, it’s his second single on the label that features new work, the other being “Rich Prick Poor Dick” from September.

Watch the video for “The Ah Track” below. 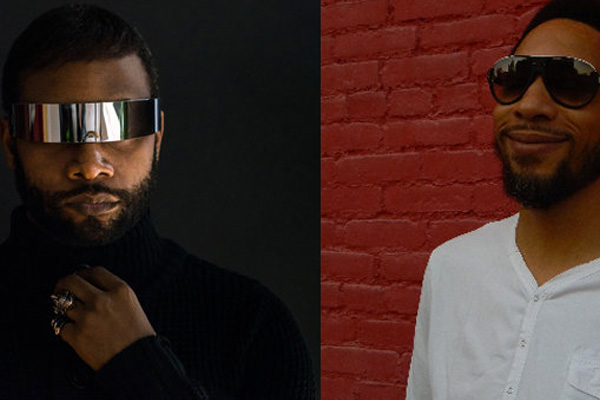 “7DJr ends his triumphant year on a major high: an anthemic remix of the instant-classic from his Universes album, by one of American house music’s Dons. “Sunday Morning” is a different kind of gospel house, the type that borrows from the carnal spirituality of Prince’s classic late ’80s period, and comes out reborn on the other side. Baltimore’s Karizma (born Kris Klayton), a one-time member of the legendary Basement Boys production team, is beyond familiar with the dots Davis is drawing upon, since he’s been connecting them for almost 20 years. And so a healthy bass-heavy jack, a few well-chosen lyrical snippets (“I bet you never had a love like this before”) and a flanging bass synth, are all the tools he needs to take this to church. Just as quite a few DJs are likely to, for a good long while — and rightfully so.” — via NPR 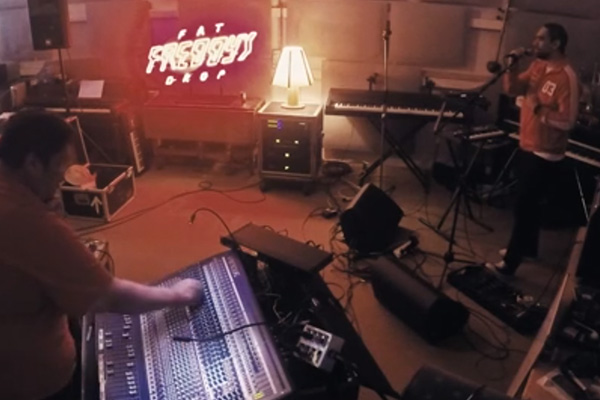 “You know how they say that if you like sausage you probably shouldn’t look too closely to see how the sausage is made? Well, thankfully music ain’t sausage, and instead it is a privilege to get to see how some of our favorite music makers weave their magic. Of course KCRW’s live MBE sessions are one good way to peek behind the curtain. But funky New Zealand-based collective Fat Freddy’s Drop have beaten us all to the punch with a new video capturing a rehearsal version of “Fish in the Sea” from their latest album, Bays. Named for the studio seen in the video, Bays is one of our favorites from the latter part of the year, so it is fun to see how the FFD gang put it all together via a couple of stationary camera set-ups and yes, a drone floating around the band.” — via KCRW

Watch “Fish In The Sea” below! 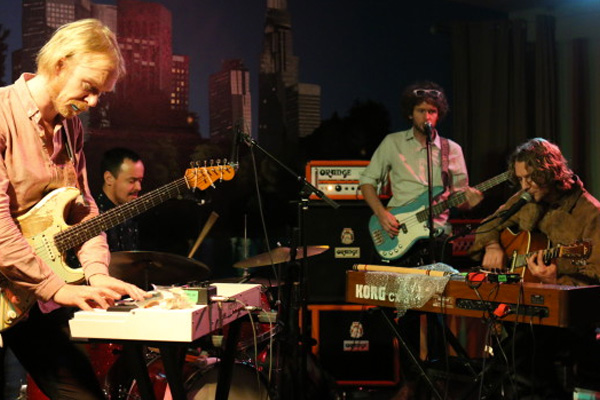 “During our interview, we talk about the earliest years of the band, how the core quartet, featuring Gustav Ejstes, Reine Fiske, Mattias Gustavsson and Johan Holmegard, came together organically over the course of the band’s history, the latest release Allas Sak, which translates roughly to “Everyone’s Thing” and what that phrase means to the band and we spend quite a lot of time talking about the process of making music for this band, including some fascinating insight into how the band visualizes their music through images (such as “this is more like a gentle stream” or “more like the morning dew”) and the precious influence of Gustav’s mother. The interview also features music from the band, “Flickor Och Pojkar,” “Allas Sak,” and “En Gång Om Året” from the new record, as well as a couple of older songs that are personal favorites (including the much discussed “C. Visar Vagen”). Big thanks to Jessica Weber, Mark O’Donnell and Rachel Barnhart for their help setting this up, Mark Maxwell for helping with the sound, Bedrock LA for the space and most importantly thank you to the band for being so gracious with their time and so exemplary with their music. While it is a shame that the recording of their performance ended up being unusable for airplay, I am so very thankful to have been able to spend that time with the band and very proud of the interview that we were able to record and broadcast and share with you here.” — via Melting Pot

Check out audio from the interview HERE, or check out this discography spanning mix of Dungen tunes HERE. 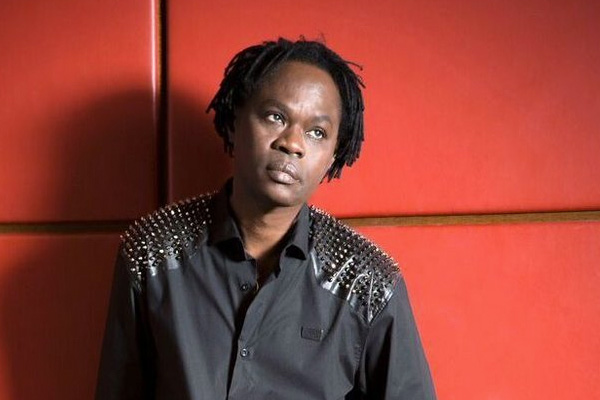 “”Fulani Rock,” the opening track of Baaba Maal’s newest album, The Traveller, is a conceptual declaration, one of those in-studio meetings of an African artist and European producer that can either go very wrong or very right. Thank goodness that here it’s very much the latter. Guided by the steady hand of Johan Hugo Karlberg, a London-based Swedish producer who’s spent much of the last decade attempting a more perfect fusion between the organic and electronic soul musics of the two continents (most famously as one half of The Very Best), “Fulani Rock” is a controlled tempest. It is also some of the most aggressive and Western-sounding music of the 62-year-old Senegalese legend’s career.

The song’s bed is made out of deeply distorted looped voices and steel guitars. And over them begins a chant, with a multi-tracked choir of Baaba Maals (some auto-tuned, some full-throated) intoning in Fulani while a squadron of djembe drums pounds away. And over the course of its nearly five minutes, the song does not let up: A crossfire hurricane of percussion, call-and-response vocals, and electric guitar leads the rumors of war. It’s one of those times when calling the song “Rock” seems both a creative intent and a reflection of its energy. In the song’s liner notes, Maal declares as much: “Language is a weapon. I’m not using it to destroy but to build bridges and bring people together.”” — via NPR

Check out “Fulani Rock” below! 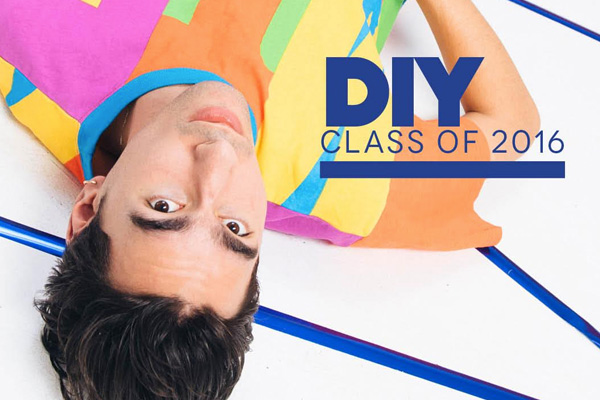 Oscar wraps up a banner year with a nod from DIY Magazine, in the form of an inclusion in their exclusive fourteen person “Class of 2016” list. The magazine is on shelves now! Pick it up for a good read on your way home for the holidays.

Wanna know how he made the list? The performance he did at KEXP (below) should answer that question for you.