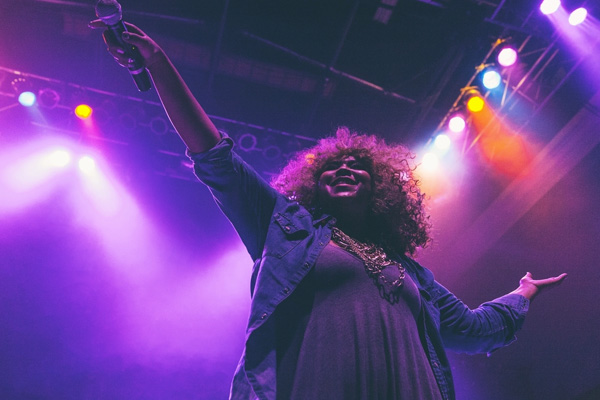 “The music of 27-year-old rapper Melissa Jefferson, who goes by the name Lizzo on stage, is full of soul. Though she spent much of her life in Houston, she’s become a favorite in her adopted hometown of Minneapolis, working with members of the Doomtree collective and showing up on Prince’s 2014 album Plectrumelectrum. Bet on Lizzo expanding her audience soon. When the riot grrrl trio Sleater-Kinney reunited for an album and a tour earlier this year, they asked her to open for the initial run of dates. This month, she’ll release her second album, Big GRRRL Small World. When she opened for Sleater-Kinney at Washington, D.C.’s 9:30 Club in February, she was an undeniable force, winning the hearts of many in an audience who couldn’t have been more excited to see the headliners. Here, you can see a little bit of why: “W.E.R.K. Pt. 2” and “My Skin” show her range and ability to command a crowd.”Everybody put your lighter in the air or put your cell phone on flashlight,” Lizzo said before introducing “My Skin,” which appears on Big GRRRL Small World. “I want my rock star moment.” She’ll have plenty.” — via NPR

Watch the full performance below! 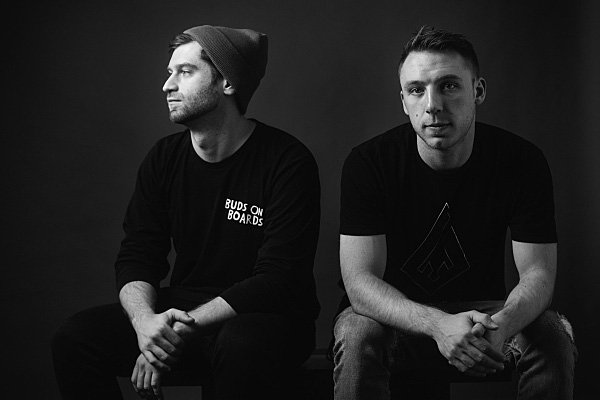 “Harrison Mills and Clayton Knight, as the duo ODESZA, make electronic music, but they embrace the live show. “Our first couple shows were actually opening for bands,” Knight explains. “Because we didn’t really know how to perform electronically … so we kind of invented a set that we could perform with just our music and that involved syncing up two computers and triggering a lot of audio, so it definitely had a very live feel and was a little in the moment as opposed to a DJ set.”

Onstage, ODESZA’s electronic elements are enhanced by a live horn section and a guitar player. “”We try to approach the set with as many live elements as we can, but also approaching the DJ sense where things weave in and out from track to track, Harrison says. “We definitely try to make moments, so we do have new surprises and things we’ve added to the set that really I think add to the whole ride and journey of the show.”

The live-show format has served the duo well; since making their debut in 2012, ODESZA have performed at an impressive roster of festivals and music venues throughout North American and Europe. While visiting the Twin Cities for a show at First Avenue in Minneapolis, ODESZA stopped in to The Current, where DJ Mark Wheat let them take control of the airwaves on Theft of the Dial.” 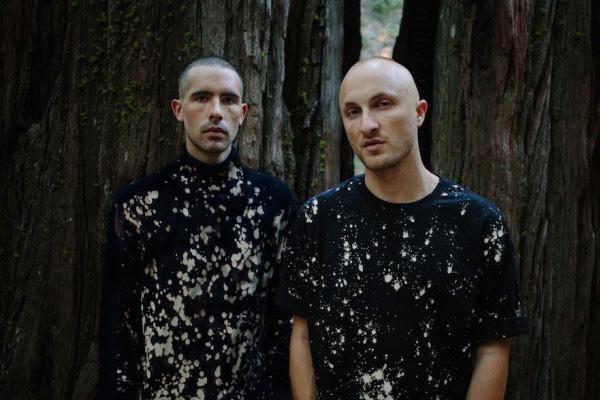 “DJDS continues to retool slow ballads for dancefloor escapades. Last month it was Adele’s “Hello;” today the duo returns with a new version of Prince’s “Nothing Compares 2 You.” Prince originally wrote the song during his wildly prolific ’80s period when he was giving tunes away to a slew of affiliated acts, including the Time, the Bangles, Vanity 6, Apollonia 6, Sheena Easton, Sheila E, Andre Cymone, and the Family. “Nothing Compares 2 You” was popularized by Sinéad O’Connor, just as “I Feel For You,” another Prince original, became a smash in the hands of Chaka Khan. While Prince’s “Nothing Compares 2 You” is tender and aching; the DJDS club mix puts a forceful twist on those heaps of melancholy.” — via The FADER 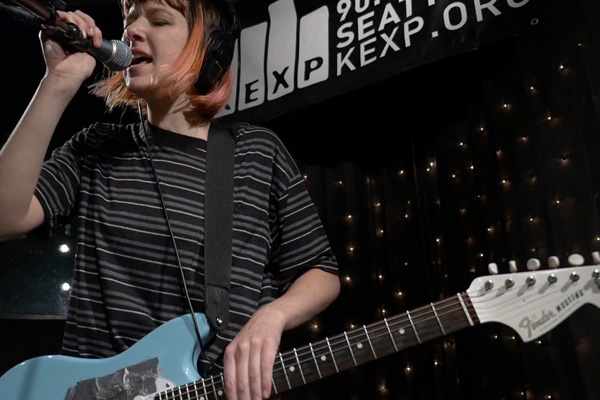 KEXP invited Dilly Dally into the studio to perform a couple choice cuts from their recent album, and the band delivered, solidly. Check out rockin’ performances of “Ballin Chain,” “Next Gold,” “The Touch” and “Desire” below! 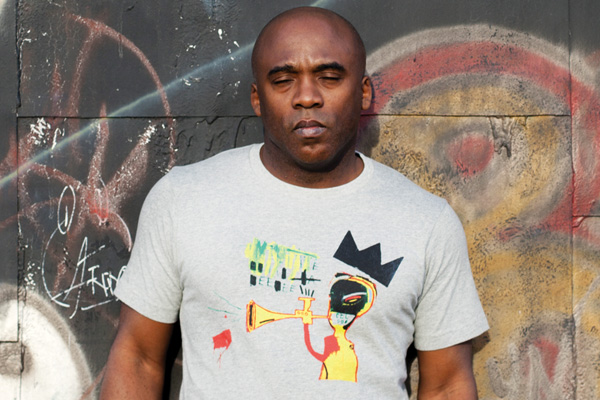 Kirt Debique stopped by the Carbon Film Studios in Atlanta, GA on his most recent tour, and performed three tracks from his newest album for the cameras and a small audience. Check out Kirt performing “Dear Mother,” “Celestial Musings” and “First Son” below! 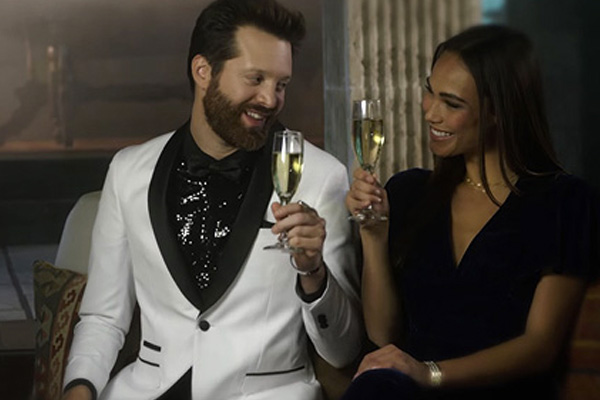 Mayer Hawthorne & Jake One have blessed us all with a little “Holiday Love” this year! Check out the video below, or as part of the “Indie for the Holidays” mix at Amazon. Enjoy! 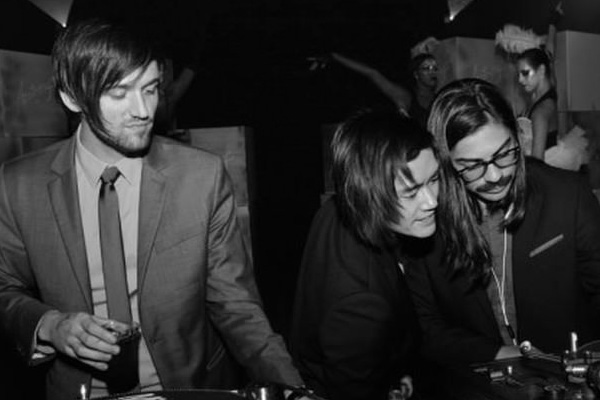 “Continuing the wave of success of this past year with their street-art inspired music series with releases on the influential imprints Counter Records and Ultra, Chicago trio Autograf head into 2016 with the announcement of their upcoming Metaphysical Tour. Named after their current release on Counter Records that’s racked up multimillion streams across all the key platforms and seen radio support on both sides of the Atlantic, this debut headline tour promises to be yet another milestone in a career that’s already seen them hone their craft across North America, Europe, Asia and Latin America over the last six months.

Known for the use of unique instrumentation including their signature vibraphone, the group will unveil a brand new live setup on select dates throughout the three month foray. Highlights include New York’s Webster Hall, U Street in Washington DC, Toronto’s Hoxton and more. The Metaphysical tour will also see a homecoming show for the trio in Chicago, fresh off their massive New Year’s performance at Reaction NYE.

To accompany the announcement of the Metaphysical Tour, the group is also giving fans Exmag’s remix of their modern classic as a free download.

Pulling inspiration through a wide variety of art, culture, and music, members Mikul Wing, Louis Kha and Jake Carpenter have adopted the manifesto of making music for the sake of art. Influenced by revolutionary street-art figures such as Banksy and the days of Andy Warhol’s famous factory, the group have taken on the task of creating tangible art to further express the emotions and thoughts behind each release. With a staggering fourteen #1 hits on Hype Machine to their name and official remixes for Avicii, Fatboy Slim, Odesza, Faithless and Alesso under their belt, Autograf debuted their first salvo of original material this year, with singles such as “Dream,” “Running,” and “Metaphysical” receiving high praise from both fans and tastemakers alike.”

Check out the Exmag remix and tour dates below!