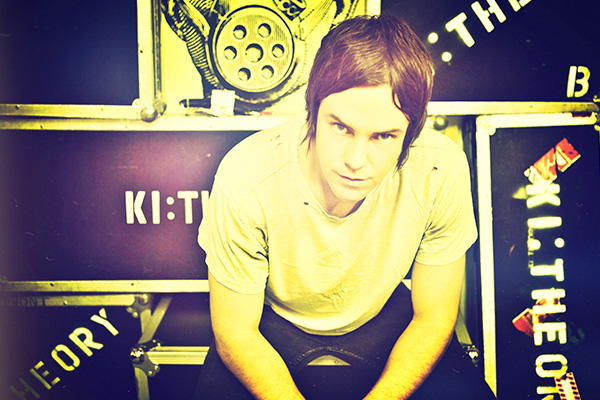 “”If You Don’t Care/Fake It” is the second release from a series of new singles where Ki:Theory has been releasing, an eletronic manipulation of live instrumentation topped with distorted, but very pleasant sounding vocals. “This is one my favorite songs I’ve written in quite some time…I tried to walk the line of creating a hard hitting electronic rock track that has the hook and catch of a pop song. During the writing, I was watching a lot of documentaries on some dark subject matter. The cynicism may have bled through…” The vibes from this song are very relaxing and Ki:Theory sounds like a blend between Radiohead and Aphex Twin, yet still manages to cultivate his own sound.” — via Good Music All Day 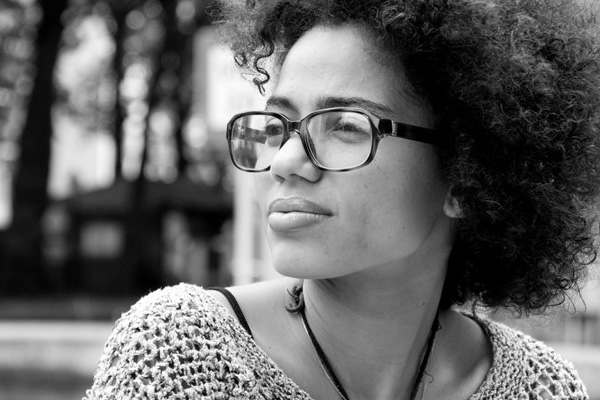 “This Nigerian hip-hop soul singer with crazy rad hair, brought a powerful voice to the Biltmore that had the audience swaying and screaming the entire night. Her new album is My Fairy Tales. Although it contains a friendly title, its songs are filled with lyrics about political strife, poverty, corruption and economic disparity as they pertain to the Nigerian diaspora.” — via Wilde Thing

Read the rest of the review HERE, or check out the video for Nneka’s “Book of Job” below. 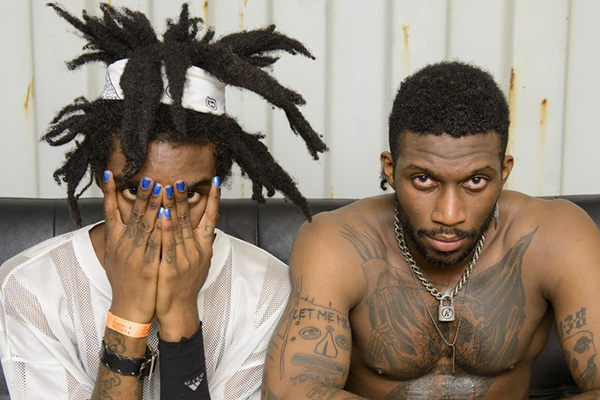 Last week “LA’s unruly rap-punk twosome Ho99o9 unleash[ed] their sophomore EP ‘Horrors of 1999′ into the world (via Family). A 6-track run of static riffs, electronic screech, and throaty raps, the raucous project comes with a set of directions. “Play loud and kill yourself thanks to no-fuckin’-body but us,” the band tells The FADER.” — via The FADER 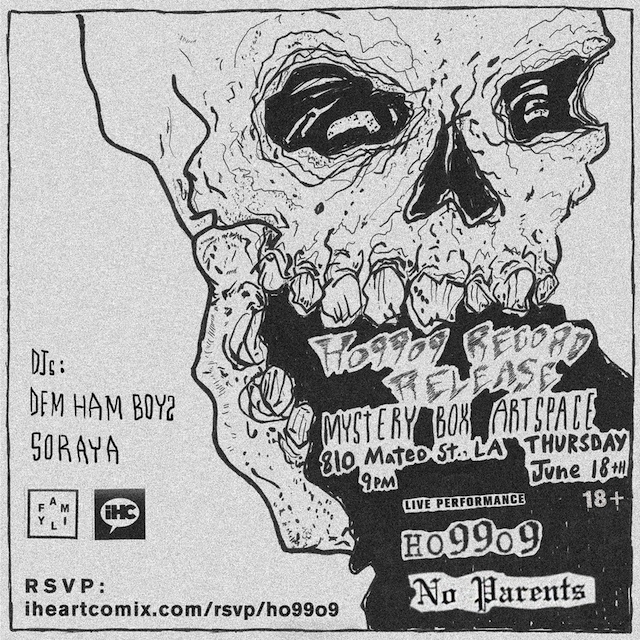 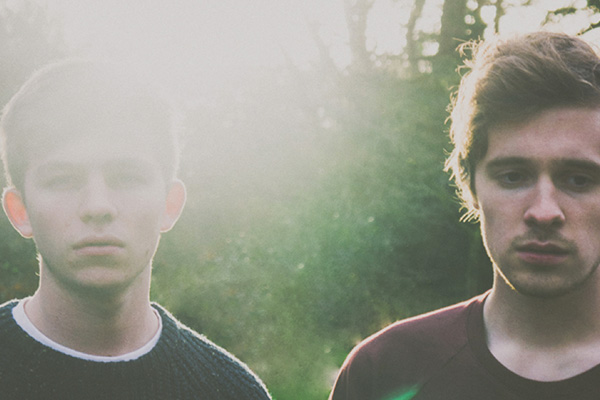 “Fresh off their brand new EP, Calling Me, Aquilo’s newest ballad, the previously-unreleased “Waiting,” tugs on heartstrings with its raw, forthright music video. The simplicity of the visuals, just the duo at their piano and keyboard, expertly exhibits music’s cathartic nature, for the ability to put one’s thoughts to a melody is a form of emotional release like no other. The lyrics are also themselves stripped down to communicate the purest form of Aquilo’s message: love is a two-way street, but there are no road blocks that true love can’t overcome.” — via The Wild 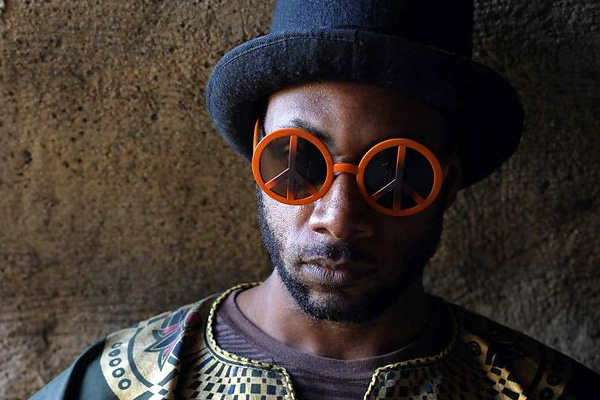 “Though he was born in Texas and raised on soul, Seven Davis Jr. moved to Northern California and discovered house and jungle as a teen. His debut album ‘Universes’ loops those influences together, stringing deep funk grooves alongside itchy house percussion, floating processed gospel harmonies above the fray. Previously, Davis shared the quick euphoria of “Sunday Morning,” and today we’re premiering a track that delves toward deeper, existential questions, digging beneath that song’s light, happy atmosphere. Still, Davis is adamant that “Fighters” is uplifting too, as it examines recent social unrest in America and elsewhere. From the first staccato burst of white noise, his soulful vocals are there too, offering solace from the chaos that can feel relentless.” — via Stereogum 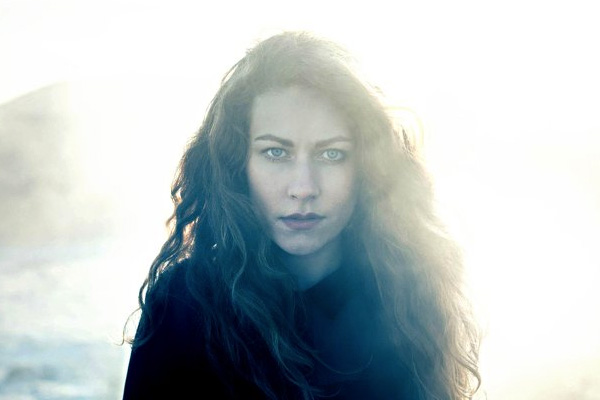 “Kari Jahnsen is a Norwegian-born London-based musician/woodland spirit who makes beautiful muted pop and goes by the name Farao. With new single Hunter out now on Full Time Hobby and Arts & Crafts, we are pleased to present the premiere of the accompanying visuals, created by London artist Irrum. Produced by Mike Lindsay of Tunng during sessions the duo had in Iceland, Kari’s beautiful ethereal harmonies build and collide with Woodkid style brass to a backdrop of rich green nature. Shots of the singer surrounded by moss, mist, mountains and lush forest leave us totally enchanted and craving adventure. Keep an eye (and ear) on this one. ” — via i-D

Check out the video for “Hunter” below. 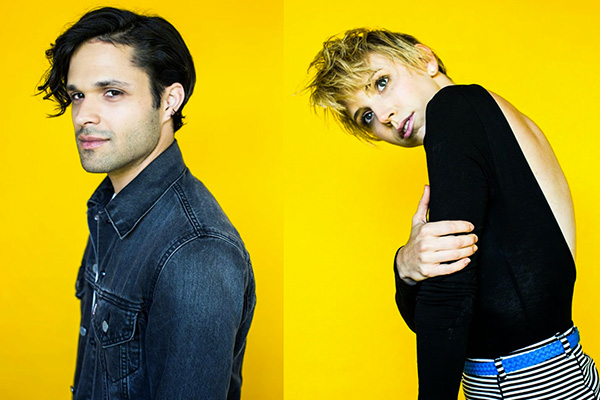 “When it comes to bands, we here at NYLON are very down with boy-girl duos, and our latest crush is on Nashville pair MYZICA. Producer Micah Tawlks and singer Isaaca Byrd both emerged from Nashville’s fertile music scene, but don’t expect forlorn country ballads or twangy, nationalistic anthems. Instead, they make shimmering, emotive pop music, which you can hear on their latest single, “Wait Just a Minute.”” — via Nylon

Watch “Wait Just A Minute” below!